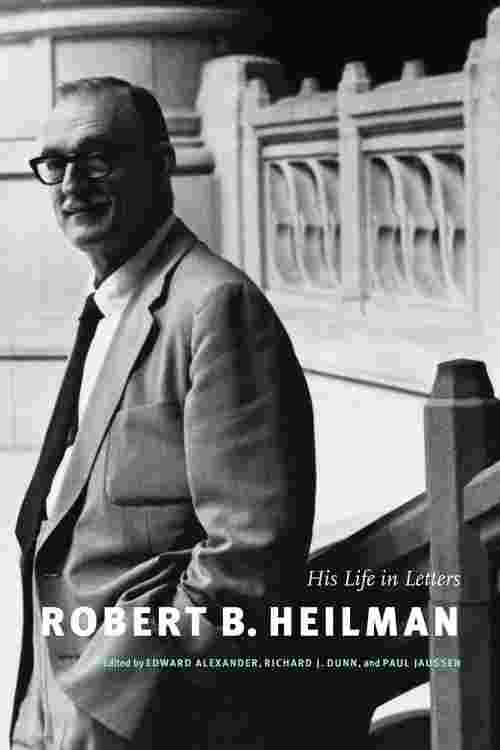 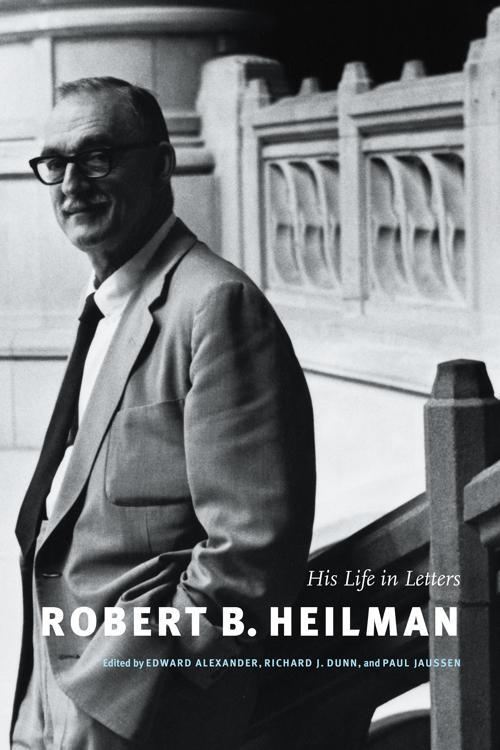 Robert Bechtold Heilman was a great literary figure of the twentieth century. This collection of his correspondence includes over 600 exchanges with more than 100 correspondents, among them Saul Bellow, Kenneth Burke, Malcolm Cowley, Richard Eberhart, Charles Johnson, Bernard Malamud, and William Carlos Williams. The letters follow Heilman's career from the time he was a thirty-six-year-old member of Louisiana State University's English Department, through his tenure at the University of Washington from 1948 to 1975, until a few years before his death in 2004. Two of his appointees who spent their entire careers at the University of Washington, Edward Alexander and Richard Dunn, have edited the letters with Paul Jaussen.

The rich representation of letters to as well as from Heilman gives the reader access to decades-long conversations between him and Robert Penn Warren, Cleanth Brooks, Joseph Epstein, Theodore Roethke, and many others. They provide a sense of Heilman's character, personality, and achievements in the context of American letters. They also afford an inside history of the changes that took place over sixty years, for better and worse, in American universities, literary criticism, and the politics of literature.

In the 1940s, Heilman not only defended the New Criticism against its many enemies, but in his own writing extended its imperial reach to the tragedies of Shakespeare. By the fifties, the focus of his letters shifted to the University of Washington's Department of English, and his flair for efficient, energetic, and imaginative administration resonates through them. The first time University of Washington President Raymond Allen read a letter by Heilman, he scribbled a note to his provost: "I like this man's philosophy very much... would he not make an excellent Dean of Arts and Sciences?" Heilman had been at the university less than four months.

He soon transformed the department, making Washington a national center for poetry. He exhibited courage and ingenuity in defending academic freedom from yahooism and McCarthyism, nurtured and protected an ailing and unpredictable Roethke (a letter about Roethke is one of the wisest and most eloquent letters ever written by a university administrator), and struggled with demands for the appointment of black faculty as well as with the volatile campus politics of the sixties.

Heilman's major correspondents - especially his Washington colleagues Solomon Katz and Andrew Hilen - were learned and articulate masters of the epistolary art. To read his letters and theirs is to understand that Samuel Johnson's famous observation "we shall receive no letters in the grave" was not a sigh of expected relief from nuisance and obligation but an anticipatory lament over the loss of a supreme pleasure.