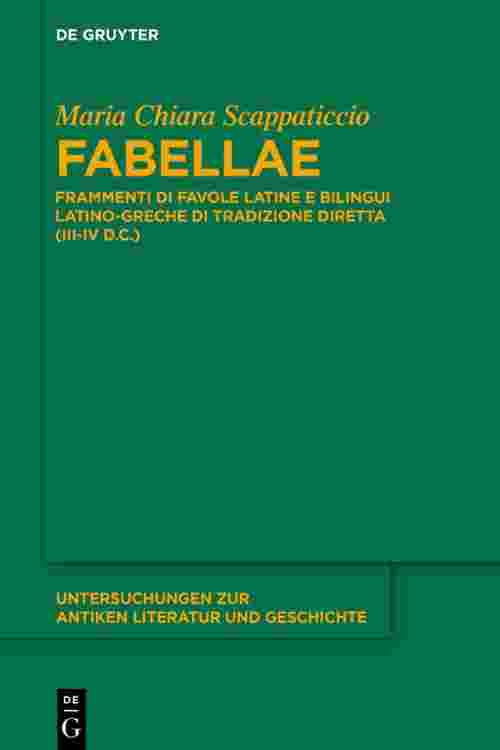 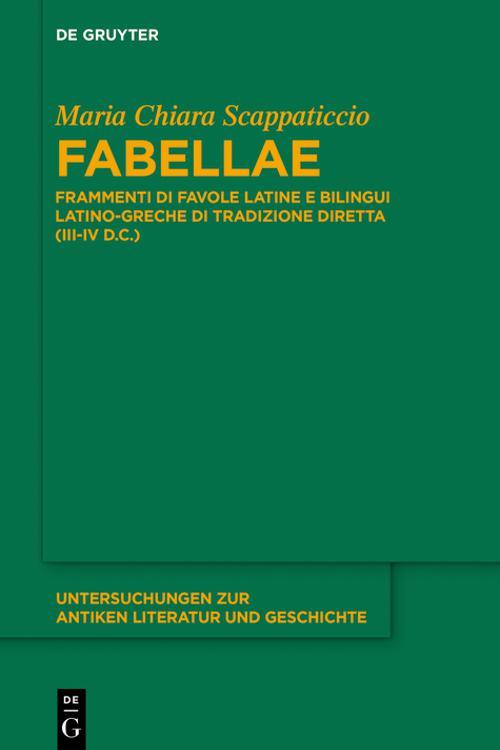 Lying between the grammarians' and rhetors' domains, Aesop's fables were known and employed in the Western and Eastern educational environments mainly for their intrinsically moral essence. Once having explored the literary and grammatical texts concerning the educational role of fables, the book is focussed on the direct witnesses of Latin and bilingual Latin-Greek fables (III-IV AD) coming from the Eastern school environments, of which a new annotated edition is given.

A relevant contribution is offered both: 1. to the complex and (almost) anonymous tradition of fables between the ancient Greek Aesop and the Medieval Latin Romulus, and through Phaedrus, Avian and the Hermeneumata Pseudodositheana; 2. and to the role fables played in the second-language (L2) acquisition and in teaching/learning Latin as L2 between East and West.