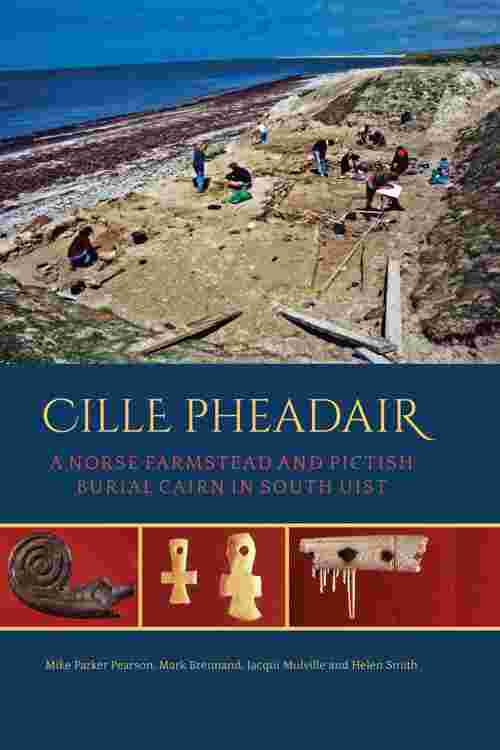 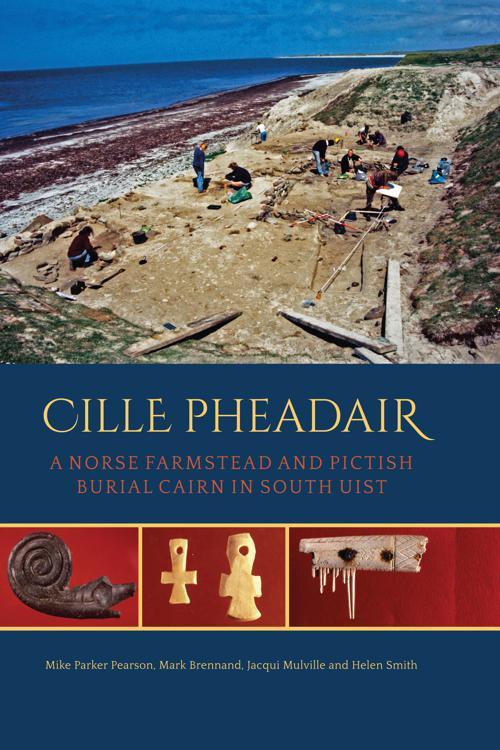 Cille Pheadair is one of more than 20 Viking Age and Late Norse settlements discovered on the island of South Uist in the Outer Hebrides (Western Isles), off the west coast of Scotland. Its unusually well-preserved stratigraphic sequence of nine phases of occupation, including five longhouses and many smaller buildings, provides a remarkable insight into daily life on a Norse farmstead during two centuries of near-continuous occupation c. AD 1000 –1200. Although the excavation at Cille Pheadair was a rescue project undertaken before the site was destroyed by coastal erosion, it provided an opportunity to address important research questions about the domestic use of space, agricultural economy, and relationships with the wider world beyond the Outer Hebrides. Careful and ground-breaking analysis of preserved house floors provided profound insights into the changing use of space within a Norse longhouse and its surrounding outbuildings. The rich assemblage of pottery, ironwork, gold and silver reveals that the inhabitants of Cille Pheadair had long-distance connections across the Viking world. A battery of scientific studies, including faunal and floral analyses, isotopic and lipid residue analyses, and soil chemistry have revealed much about the social and economic dimensions of life on a Norse farm. Detailed survey and excavation in South Uist reveals a remarkable picture of Norse-period settlement across this island which was part of the insular Viking world between Ireland and Norway, becoming part of the Kingdom of Man and later the Kingdom of the Isles. Cille Pheadair’s status as an ordinary, if wealthy, farmstead can be contrasted with the much larger and longer-lived high-status settlement at Bornais to the north. The two sites together provide a fascinating insight into similarities and differences within the settlement hierarchy of the time that makes a significant contribution to our understanding of the Viking world.