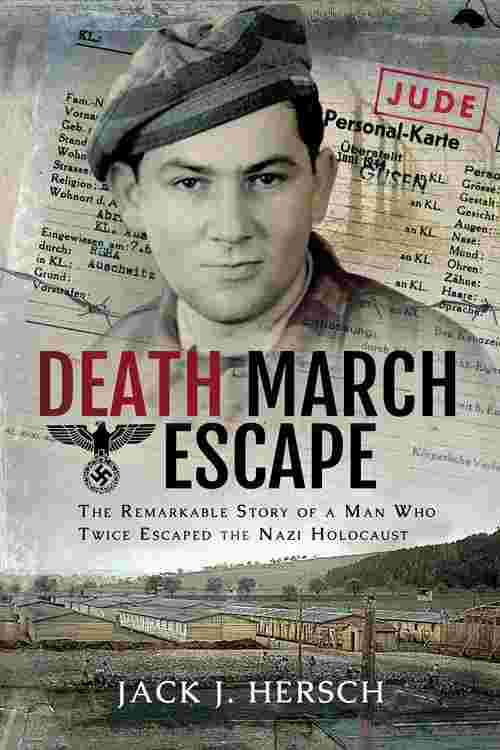 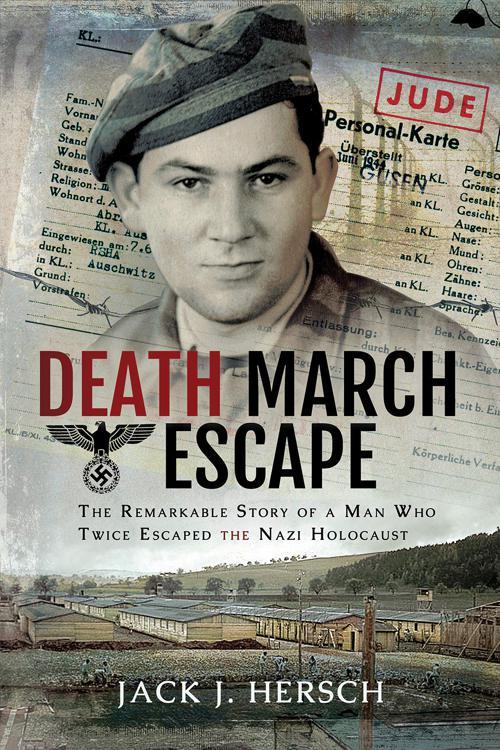 In June 1944, the Nazis locked eighteen-year-old Dave Hersch into a railroad boxcar and shipped him from his hometown of Dej, Hungary, to Mauthausen Concentration Camp, the harshest, cruellest camp in the Reich. After ten months in the granite mines of Mauthausen’s nearby sub-camp, Gusen, he weighed less than 80lbs, nothing but skin and bones.Somehow surviving the relentless horrors of these two brutal camps, as Allied forces drew near Dave was forced to join a death march to Gunskirchen Concentration Camp, over thirty miles away. Soon after the start of the march, and more dead than alive, Dave summoned a burst of energy he did not know he had and escaped. Quickly recaptured, he managed to avoid being killed by the guards. Put on another death march a few days later, he achieved the impossible: he escaped again.Dave often told his story of survival and escape, and his son, Jack, thought he knew it well. But years after his father’s death, he came across a photograph of his father on, of all places, the Mauthausen Memorial’s website. It was an image he had never seen before – and it propelled him on an intensely personal journey of discovery.Using only his father’s words for guidance, Jack takes us along as he flies to Europe to learn the secrets behind the photograph, secrets his father never told of his time in the camps. Beginning in the verdant hills of his father’s Hungarian hometown, we travel with Jack to the foreboding rock mines of Mauthausen and Gusen concentration camps, to the dust-choked roads and intersections of the death marches, and, finally, to the makeshift hiding places of his father’s rescuers. We accompany Jack’s every step as he describes the unimaginable: what his father must have seen and felt while struggling to survive in the most abominable places on earth.In a warm and emotionally engaging story, Jack digs deeply into both his father’s life and his own, revisiting – and reflecting on – his father’s time at the hands of the Nazis during the last year of the Second World War, when more than mere survival was at stake – the fate of humanity itself hung in the balance.