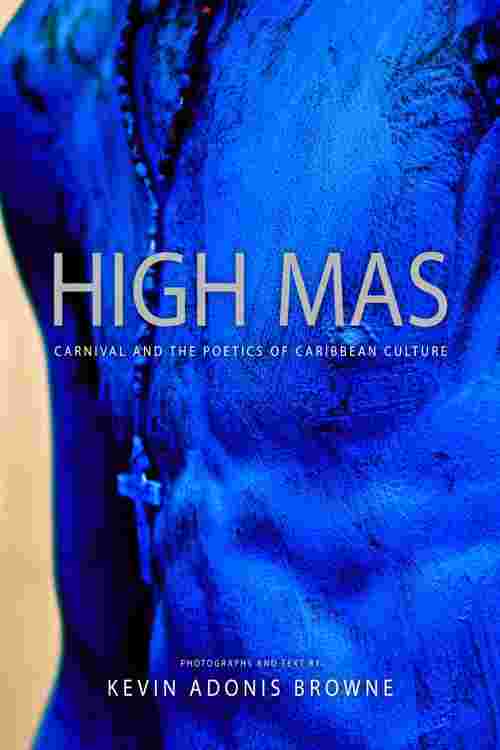 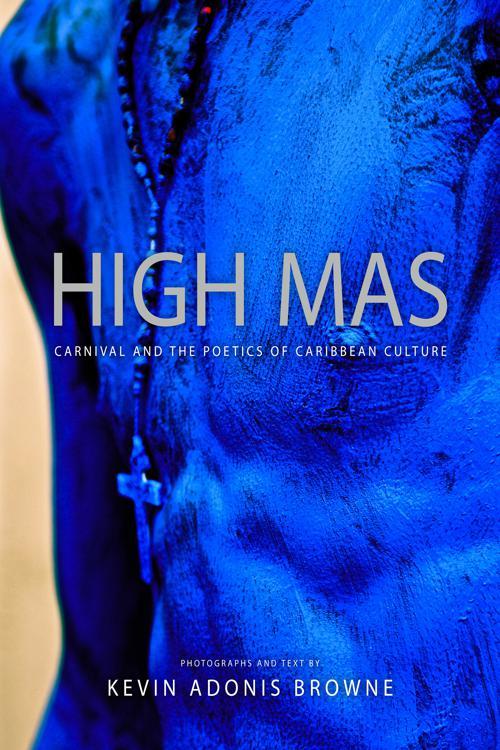 High Mas: Carnival and the Poetics of Caribbean Culture explores Caribbean identity through photography, criticism, and personal narrative. Taking a sophisticated and unapologetically subjective Caribbean point of view, the author delves into Mas --a key feature of Trinidad performance--as an emancipatory practice. The photographs and essays here immerse the viewer in carnival experience as never before. Kevin Adonis Browne divulges how performers are or wish to be perceived, along with how, as the photographer, he is implicated in that dynamic. The resulting interplay encourages an informed, nuanced approach to the imaging of contemporary Caribbeanness.
The first series, "Seeing Blue," features Blue Devils from the village of Paramin, whose performances signify an important revision of the post-emancipation tradition of Jab Molassie (Molasses Devil) in Trinidad. The second series, "La Femme des Revenants," chronicles the debut performance of Tracey Sankar's La Diablesse, which reintroduced the "Caribbean femme fatale" to a new audience. The third series, "Moko Jumbies of the South," looks at Stephanie Kanhai and Jonadiah Gonzales, a pair of stilt-walkers from the performance group Touch de Sky from San Fernando in southern Trinidad. "Jouvay Reprised," the fourth series, follows the political activist group Jouvay Ayiti performing a Mas in the streets of Port of Spain on Emancipation Day in 2015.
Troubling the borders that persist between performer and audience, embodiment and spirituality, culture and self-consciousness, the book interrogates what audiences understand about the role of the participant-observer in public contexts. Representing the uneasy embrace of tradition in Trinidad and the Caribbean at large, the book probes the multiple dimensions of vernacular experience and their complementary cultural expressions. For Browne, Mas performance is an exquisite refusal to fully submit to the lingering traumas of slavery, the tyrannies of colonialism, and the myths of independence.