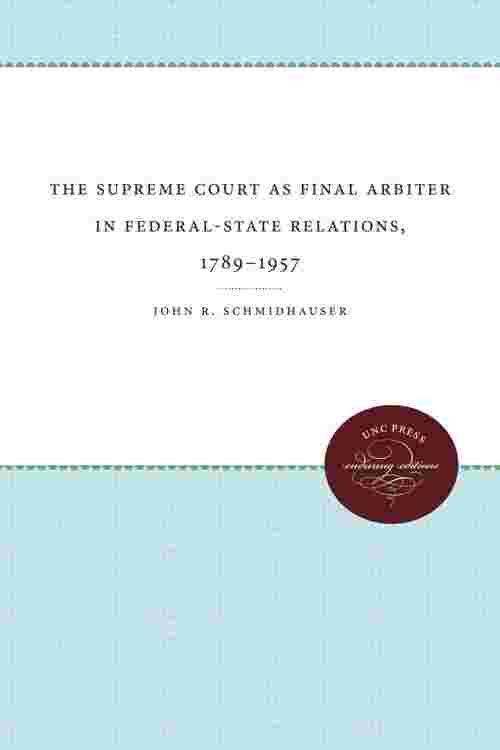 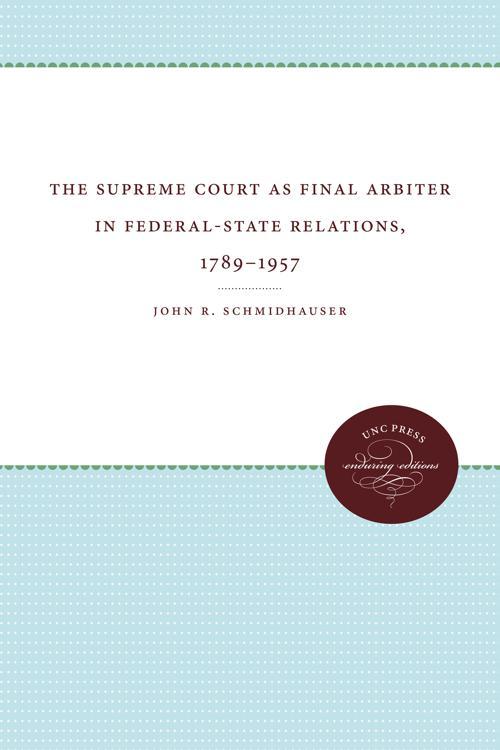 The Supreme Court as Final Arbiter in Federal-State Relations, 1789-1957

The Supreme Court as Final Arbiter in Federal-State Relations, 1789-1957

In analyzing the Supreme Court's powers in federal-state relations, the author demonstrates that the framers of the constitution clearly intended that the Court should be the federal umpire, thus disproving a charge by modern states' righters of usurpation of power by the Supreme Court. In each historical period the effect of the Court interpretations on the autonomy of the state governments and on the acceleration of federal centralization is considered. Originally published in 1958. A UNC Press Enduring Edition -- UNC Press Enduring Editions use the latest in digital technology to make available again books from our distinguished backlist that were previously out of print. These editions are published unaltered from the original, and are presented in affordable paperback formats, bringing readers both historical and cultural value.