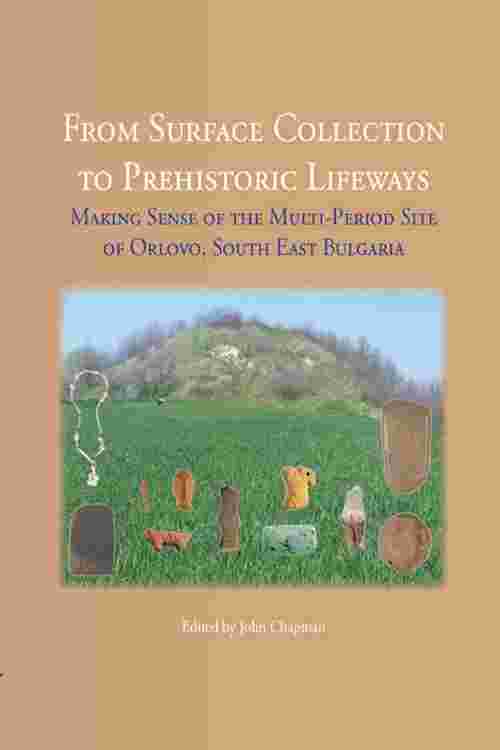 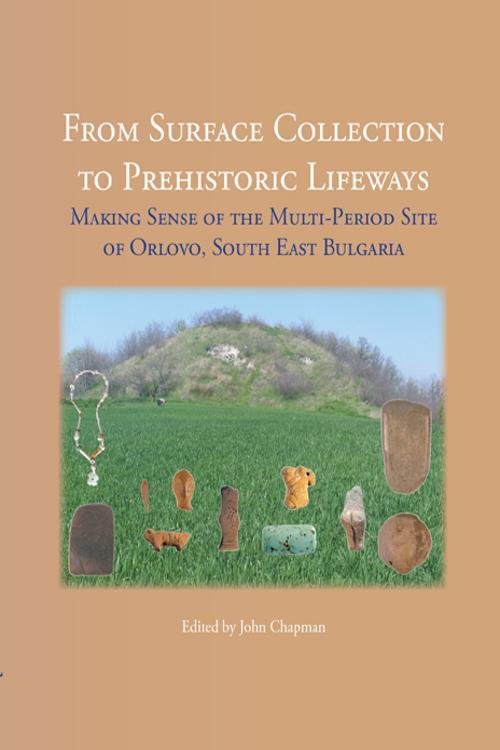 The communities who lived in the Balkans between 7000 and 4000 Cal. BC have now been the focus of intensive and increasingly inter-disciplinary research for the last forty years. Dwelling between the warm, dry Mediterranean zones of the Aegean and Anatolia and the cooler and snowier Central European heartlands, these communities created distinctive social formations that left enduring marks on today's landscapes. One of the key trends in these millennia concerned the high value attributed to the exotic, especially if that was represented by objects of striking colour and brilliance. Thus, the preference, wherever possible, for long-term sedentary lifeways was often in counterpoise with strategies for bringing distinctive objects from remote places back to the settlement for local 'domestication'. The prehistoric site of Orlovo has been investigated neither by excavation nor by systematic field walking but by repeated field visits, over many years, and the collection of objects exposed by the plough. The result is an extraordinarily rich and diverse collection of objects whose contexts are poorly known but whose diversity reminds us not so much of an excavated settlement as an excavated Chalcolithic cemetery. This collection has challenged us to develop an approach in which theory was integrated with methodology to propose as complete an interpretation of the site as could be done from an unstructured surface collection. The collection studied in this book is significant for the prehistory not only of South East Bulgaria but also for European prehistory as a whole and its study and publication therefore, sheds light on the worlds of the Neolithic and Chalcolithic communities of the Balkans through the prism of a single site.