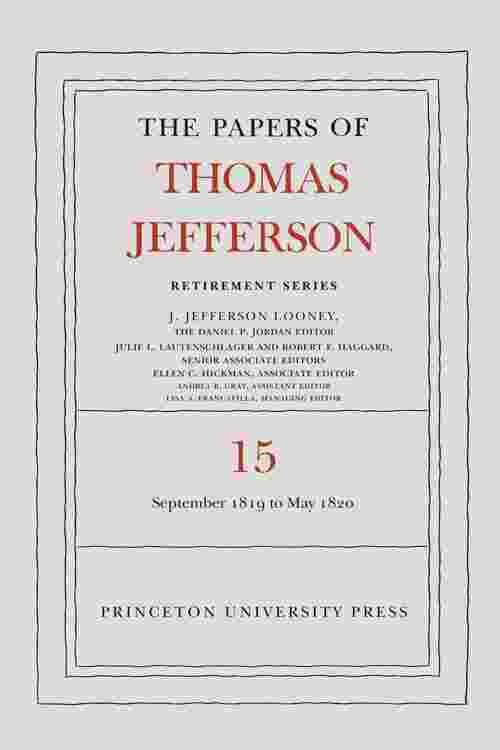 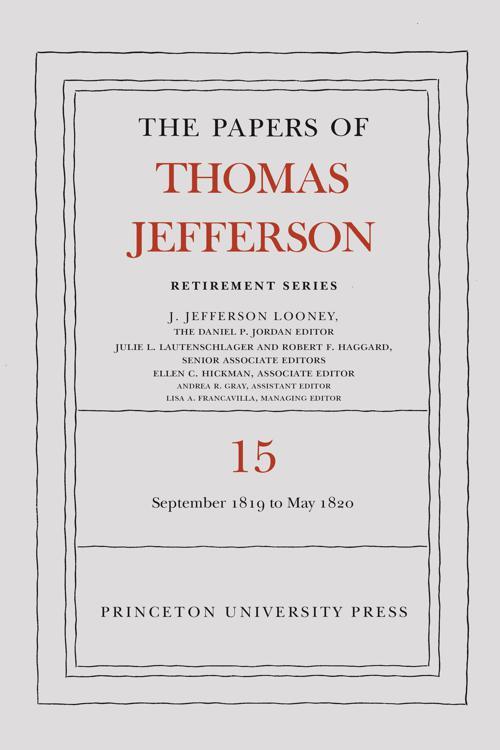 The 618 documents in this volume span 1 September 1819 to 31 May 1820. Jefferson suffers from a "colic," but with rest and medication he recovers. He spends much time dealing with the immediate effects of the $20,000 addition to his debts resulting from his endorsement of notes for the bankrupt Wilson Cary Nicholas. Jefferson and his carpenter, the enslaved John Hemmings, begin an extensive correspondence as Hemmings undertakes maintenance and construction work at Poplar Forest. Jefferson and his allies in the state legislature obtain authorization for a $60,000 loan for the fledgling University of Virginia, the need for which becomes painfully clear when university workmen complain that they have not been paid during seven months of construction work. In the spring of 1820, following congressional discussion of the Missouri Compromise, Jefferson writes that the debate, "like a fire bell in the night, awakened and filled me with terror," and that with regard to slavery, Americans have "the wolf by the ear, and we can neither hold him, nor safely let him go."