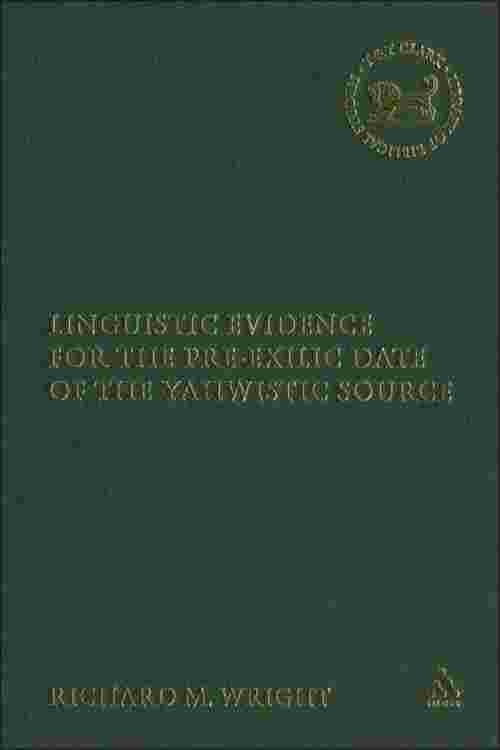 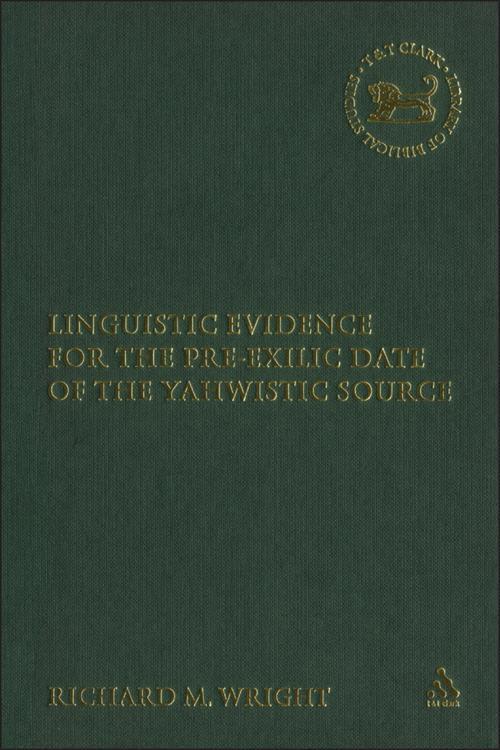 For the past few decades a growing number of scholars have attempted to overthrow the traditional Wellhausian view that the so-called 'Yahwist' or 'J' source of the Pentateuch is the oldest of the four major sources. These scholars have argued that J was composed during the exilic or post-exilic periods of ancient Israel. Their arguments have focused on the literary, historiographic, and theological characteristics of 'J'. This book attempts to re-evaluate on linguistic grounds such efforts to place the Yahwist source in the exilic or post-exilic periods. The study employs the methodology developed most prominently by Avi Hurvitz for identifying characteristic features of post-exilic Hebrew ('Late Biblical Hebrew'). This divides the language of the Hebrew Bible into three main chronological stages: Archaic Biblical Hebrew (ABH), Standard Biblical Hebrew (SBH), and Late Biblical Hebrew (LBH). Wright examines 40 features of J for which useful comparisons can be made to LBH and finds no evidence of LBH in the entire Yahwist source. Therefore it is unlikely that J was composed during the post-exilic period. Moreover since Hurvitz has shown that the exilic period was a time of transition between SBH and LBH such that late features began to occur in exilic texts, the author concludes on linguistic grounds that J was most likely composed during the pre-exilic period of ancient Israel.