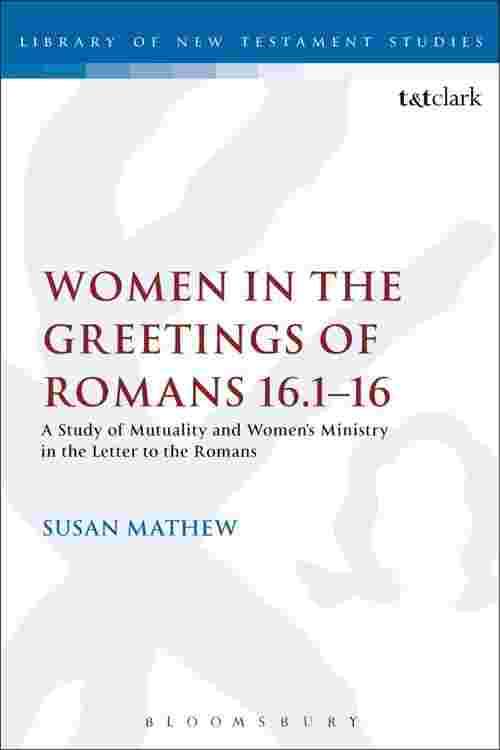 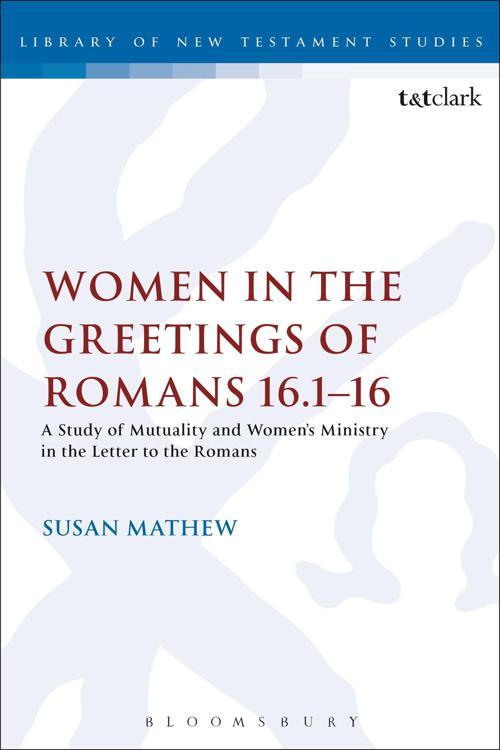 Susan Mathew examines the structures of mutuality in Romans, to shed light on the issue of women's leadership in Pauline theology. Mathew begins by analyzing the general form of greetings in the Pauline letters, to shed light on the specific form of the greetings in Rom 16.1-16. Mathew then couples this with analysis of the leadership of women in the Greco-Roman world showing that women's leadership roles in the Pauline churches were part of this wider culture. This provides a basis from which to show that the women named in Romans 16.1-16, display Paul's acknowledgment of some women associates, and point to relationships of mutuality in the greetings. A study of Romans 12-13 helps to apprehend the model of mutuality exemplified in the greetings. Finally, the contextual application of mutuality in the community as mutual welcoming and mutual up-building (Romans 14-15) is brought into focus. This enables Mathew to draw together the strands of the Pauline ethos of mutuality, which encourages the leadership roles of women in the greetings at the end of Romans.