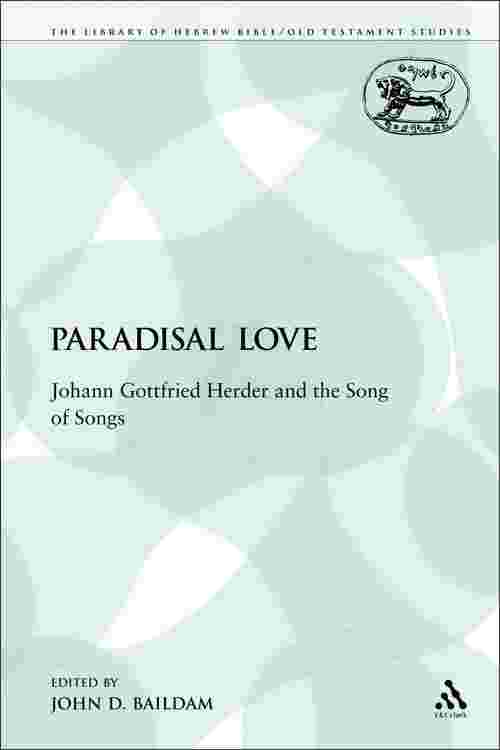 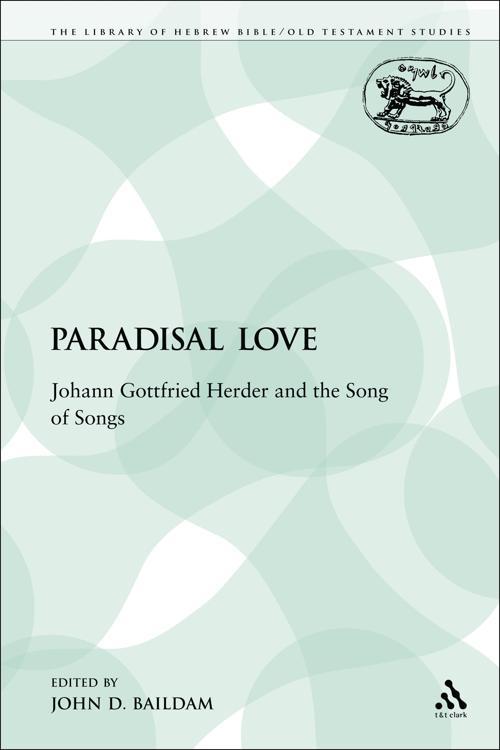 This is the first comprehensive study of Herder's preoccupation with the Song of Songs, Baildam considers the importance of this poetry in his thinking, and examines his commentaries and translations of 1776 and 1778. Despite Herder's claims to the contrary, his own cultural position is revealed in his translations, and in his unique interpretation of the work as the voice of pure, paradisal love. Starting with Herder's interest in the Song of Songs between 1765 and 1778, this book sets his reflections in the wider context of his relativistic views on the nature of poetry, contemporary German culture, and the importance of primitive poetry in general and the poetry of the Bible in particular. Then Baildam looks at current literary critical theories with implications for Herder's translations of these 'Lieder der Liebe', and discusses Herder's theories of language and translation in comparison with German translation theories. Herder's reading of the Song as the most primitive, natural and sublime example of Hebrew poetry is placed in the context of earlier and contemporary interpretations, his opinion of which is examined. In the last part of the book, there is an appraisal first of Herder's commentaries themselves, analysing how the details reflect his overall concept of the work, and then of his translations, comparing them with each other, with the Lutheran text to which Herder ultimately directed his readership, and with the Hebrew text. A concluding chapter reviews the reception of Herder's work, and three appendices offer a parallel presentation of Herder's translations of 1776 and 1778, Luther's translation of 1545, and Goethe's translation of 1775.