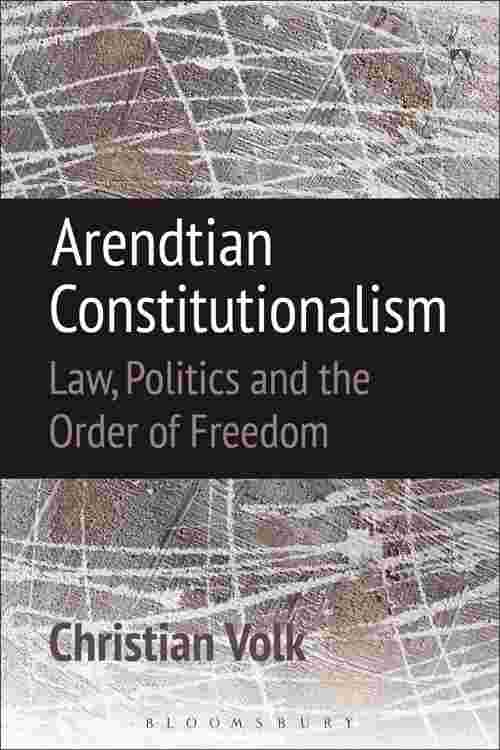 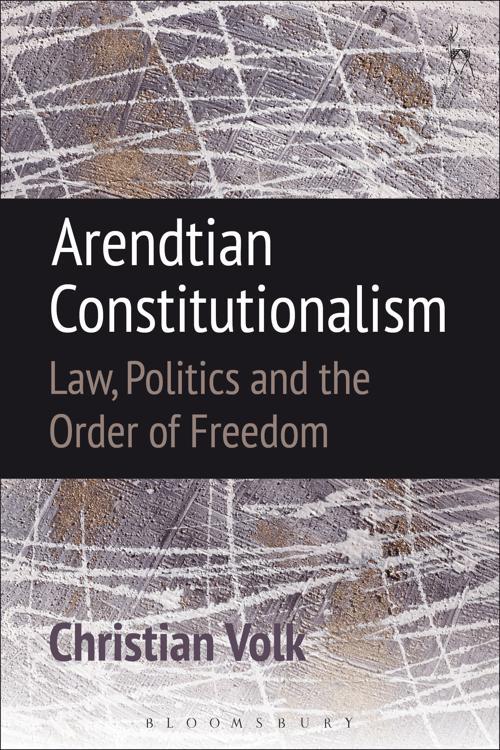 The meaning and function of law in Hannah Arendt's work has never been the subject of a systematic reconstruction. This book examines Arendt's work and reconstructs her ideas through political, legal and constitutional theory, and shows that her engagement with law is continuous as well as crucial to an adequate understanding of her political thought. The author argues that Arendt was very much concerned with the question of an adequate arrangement of law, politics and order – the so-called triad of constitutionalism. By adopting this approach, the author suggests an alternative interpretation of Arendt's thought, which sees her as thinker of political order who considers as crucial a stable and free political order in which political struggle and dissent can occur. Endorsements
'Christian Volk is one of the most original and penetrating Arendt interpreters of his generation. This book addresses some of the most misunderstood aspects of Arendtian thought – namely, her views of law and constitutionalism. Volk does away with a lot of misconceptions and guides us to a novel view of Arendt on these questions and beyond'.
Seyla Benhabib, Yale University 'One could not imagine something new on Arendt these days. Too much has been written in the last decades. But this volume discloses new land and gives a fresh look at Arendt's theory of the political. A great book, and a must for every reading list'.
Hauke Brunkhorst, University of Flensburg 'Hannah Arendt is famous for her unusual conception of politics, but as Christian Volk's rich and seminal study shows, Arendt's political theory goes hand in hand with a distinctive understanding of law. Volk persuasively charts the emergence of Arendt's complementary approaches to law and politics out of her analysis of the crisis of the European nation-state, and tests the power of her thought by bringing it into a fresh dialogue with an unusually wide spectrum of contemporary theorists. An impressive work that deserves the new audience it will find in this welcome translation'.
Patchen Markell, University of Chicago 'Christian Volk splendidly discovers Hannah Arendt as a legal theorist. Lawyers interested in her seminal work should just read this book'.
Christoph Möllers, Humboldt University Berlin 'As Christian Volk persuasively demonstrates, reading Arendt as a constitutional theorist is more than just adding another dimension to the interpretation of her work. Based on comprehensive textual evidence, he can instead show that this has important conceptual implications which shed a completely new light on the basic aspects of her overall theoretical outlook. Emphasising the procedural grounding of her understanding of democracy, it thus presents a major challenge to many widely held beliefs about Arendt´s work and an irresistible invitation to reinvestigate the foundations, promises and prospects of radical politics.'
Rainer Schmalz-Bruns, Leibniz University of Hanover