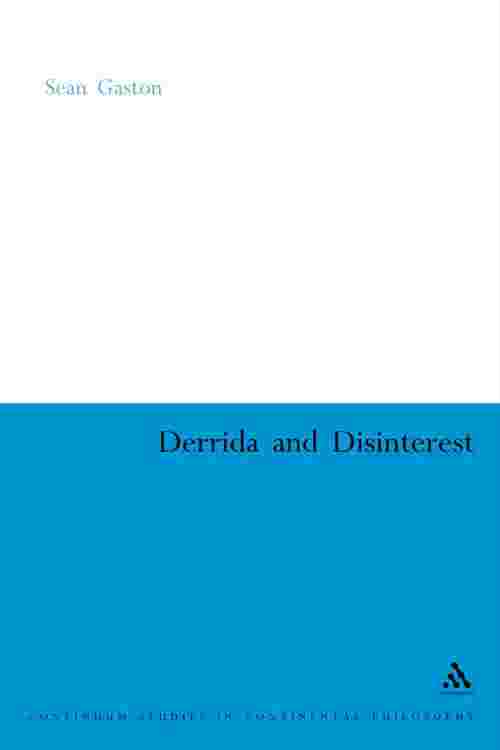 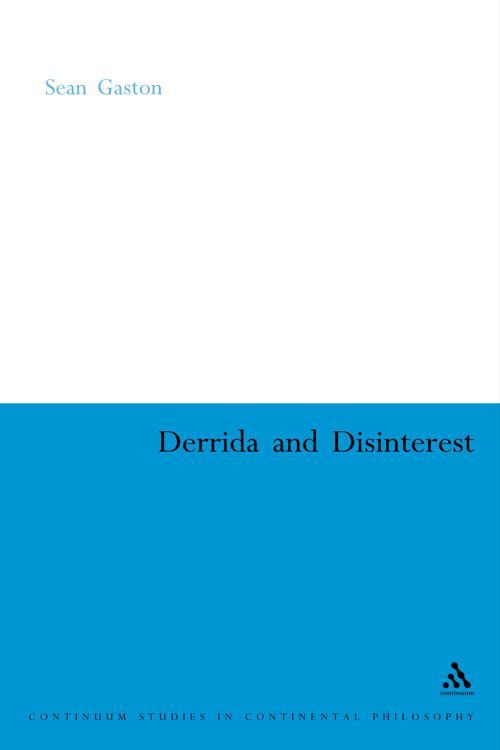 Disinterest has been a major concept in Western philosophy since Descartes. Its desirability and importance have been disputed, and its deifinition reworked. by such pivotal figures as Nietzsche, Shaftesbury, Locke and Kant. In this groundbreaking book, Sean Gaston looks at the treatment of disinterest in the work of two major modern Continental philosophers: Jacques Derrida and Emmanuel Levinas. He identifies both as part of a tradition, obscured since the eighteenth-century, that takes disinterest to be the opposite of self-interest, rather than the absence of all interest. Such a tradition locates disinterest at the centre of thinking about ethics. The book argues that disinterest plays a signifcant role in the philosophy of both thinkers and in the dialogue between their work. In so doing it sheds new light on their respective contributions to moral and political philosophy. Moreover, it traces the history of disinterest in Western philosophy from Descartes to Derrida, taking contributions and in the of major philosopher in both the analytic, Anglo-American and Continental traditions: Locke; Shaftesbury; Hume; Smith; Nietzsche; Kant; Hegel; Heidegger. Derrida and Disinterest offers a new reading of Derrida, a stimulating account of the role and importance of disinterest in the history of Western philosophy and a provocative and original contribution to Continental ethics.