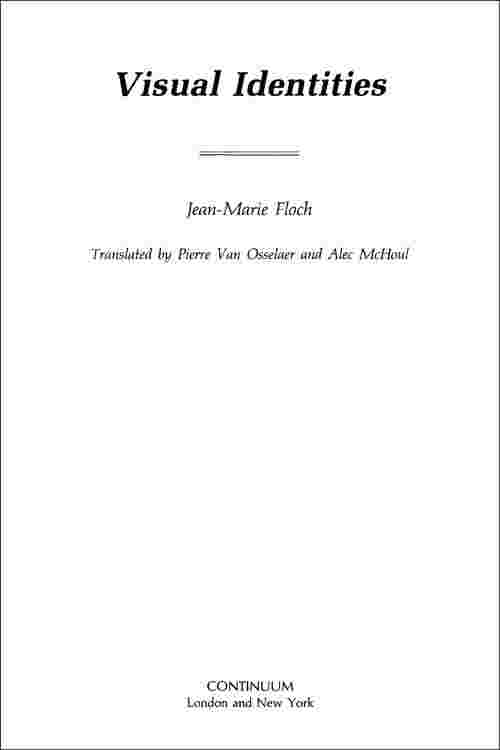 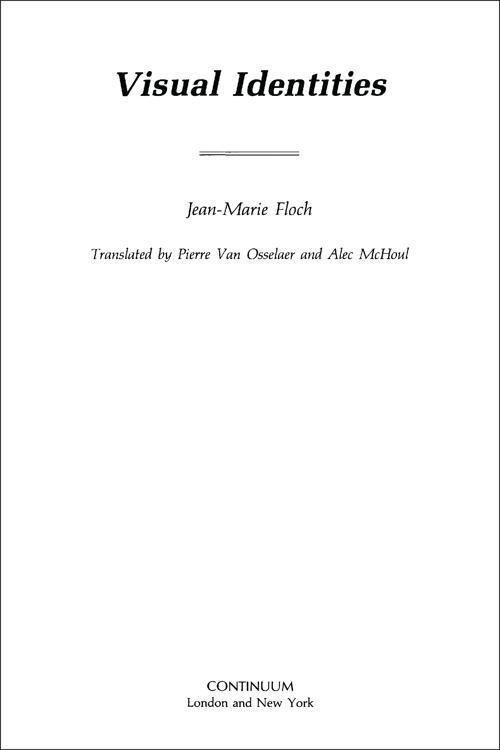 The six essays of Visual Identities are an important contribution to the growing field of industrial semiotics. Floch's major strength is his analysis of signs in a way which is both industrially relevant and textually precise. Until recently there have been two quite different and distinct ways of understanding commerical signs, such as logos and advertisements. Industry-based work has tended to look at questions of marketing and has often been reduced to the mass psychology of 'appeal' and audience research, whereas the textual analysis of commerical signs has tended to come from limited positions of identity politics and criticism (Marxism, feminism, etc). Floch manages to find a way between (and also outside) these traditions. In doing so he has produced a book which will interest industrial practitioners in advertising, marketing and design as well as students and academics in semiotics.