📖[PDF] Signature of the World by Eric Alliez | Perlego 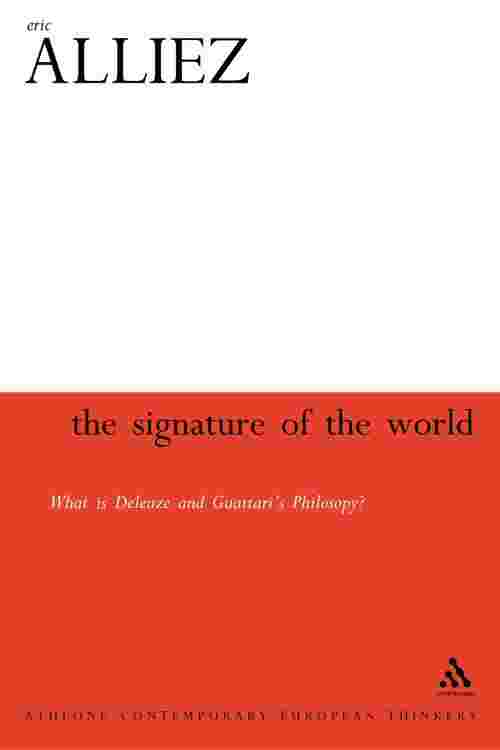 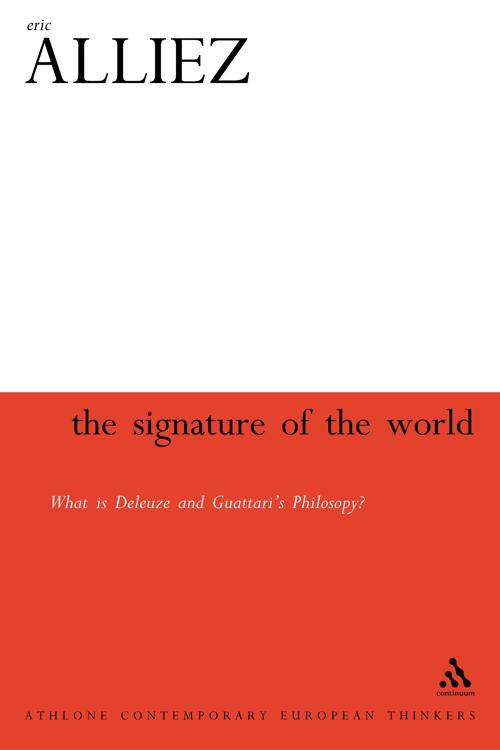 The Signature of the World focuses on one of the most influential works of contemporary philosophy: What is Philosophy? by Gilles Deleuze and Felix Guattari, their last joint work after Anti-Oedipus and A Thousand Plateaus. It sets What is Philosophy? in the context of earlier work by the two thinkers and, in a manner sure to challenge and provoke, juxtaposes it to the work of both analytic philosophers and continental phenomenologists. Alliez explores the distinctive theory of thought put forth by Deleuze & Guattari from a series of angles, delving into their revolutionary, Spinozist treatment of the history of philosophy, elucidating their engagement with the metaphysics of current research programmes in the sciences and delineating their invention of a 'material meta-aesthetics' capable of responding to the most radical experiments in contemporary art. Much recent philosophy has revelled in declaring the end of metaphysics, of ontology, and sometimes of philosophy itself. In sharp contrast, The Signature of the World is a forceful reminder of the power of ontology and the need for a materialist reinvention of metaphysics. The Signature of the World is here accompanied by two appendices, 'Deleuze Virtual Philosophy' and 'On the Philosophy of Gilles Deleuze: An Introduction to (the) Matter', as well as a preface by Alberto Toscano.