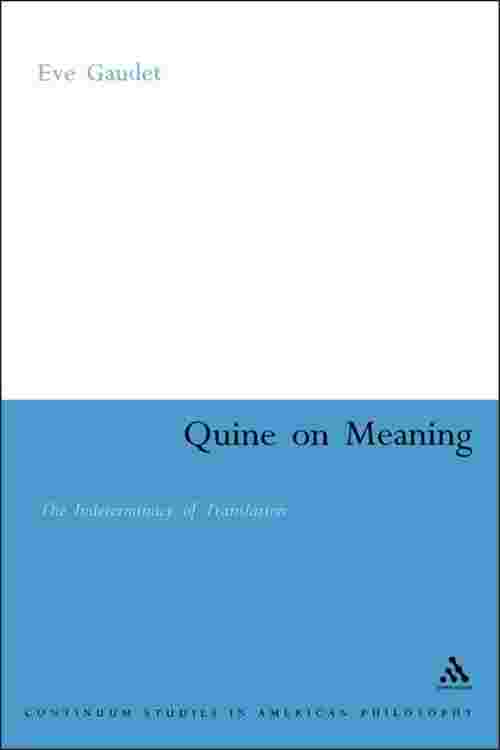 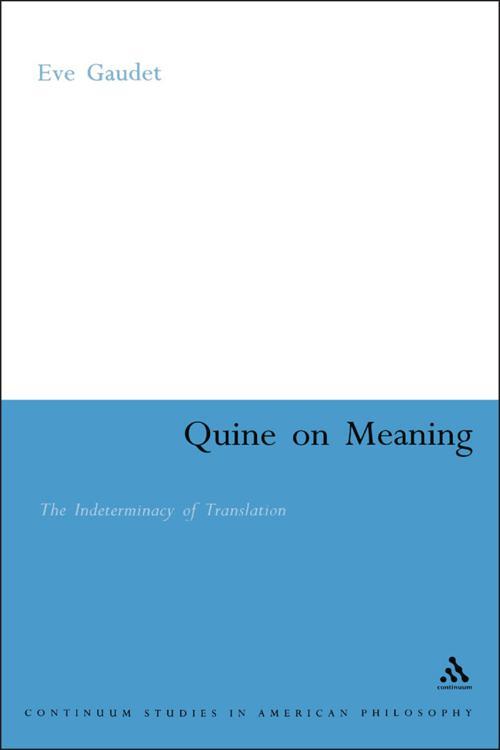 Willard Van Orman Quine was certainly the greatest analytic philosopher of the second half of the twentieth century. Born in 1908, he held the Edgar Pierce Chair of Philosophy at Harvard University from 1956 to 2000. He made highly important contributions to such areas as mathematical logic, set theory, the philosophy of language, and the philosophy of logic. His best known works include From a Logical Point of View, Ontological Relativity and Other Essays, and his most influential Word and Object. One of Quine's central doctrines is the 'indeterminacy of translation' - the assertion that there is no objective answer to the question of what someone means by any given sentence. This view was first put forward in Word and Object and was shocking enough to draw criticisms from other leading philosophers like Noam Chomsky and Richard Rorty. Eve Gaudet argues that these controversies stem partly from Quine's ambiguities and changes of mind, and partly from his readers' misunderstandings. Gaudet dissipates the confusion by examining afresh Quine's whole concept of 'a fact of the matter', and evaluating the contributions to the debate by Chomsky, Rorty, Friedman, Gibson and Follesdal in the light of her new interpretation. This is the first book devoted to a defence of Quine's indeterminacy of translation doctrine. Unlike many who conclude in Quine's favour, Gaudet adopts a critical and nuanced approach to Quine's texts, showing that Quine sometimes changed his positions and was not always as clear and consistent as many assume.