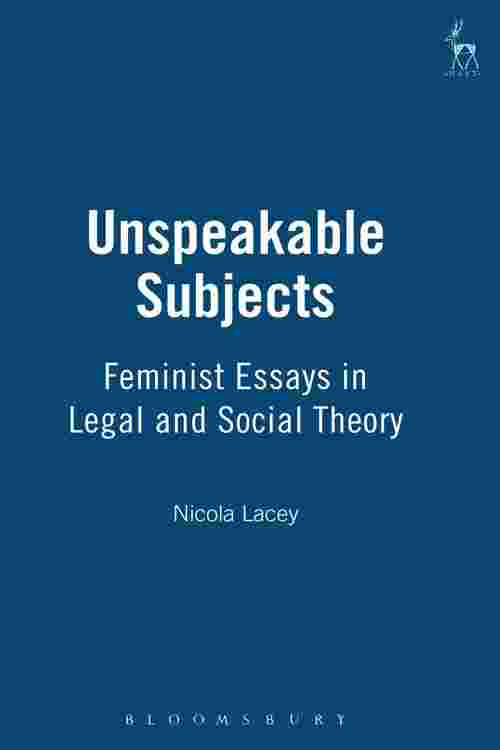 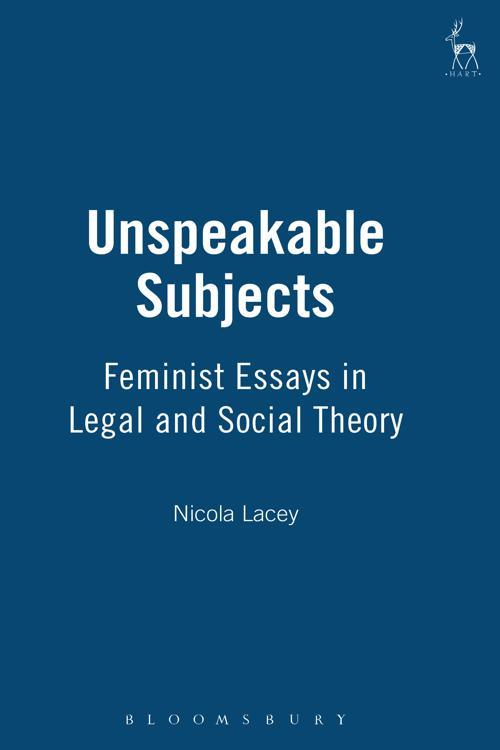 Nicola Lacey's book presents a feminist critique of law based on an analysis of the ways in which the very structure or method of modern law is gendered. All of the essays in the book therefore engage at some level with the question of whether there are things of a general nature to be said about what might be called the sex or gender of law. Ranging across fields including criminal law, public law and anti-discrimination law, the essays examine the conceptual framework of modern legal practices: the legal conception of the subject as an individual; the concepts of equality, freedom, justice and rights; and the legal construction of public and private realms and of the relations between individual, state and community. They also reflect upon the deployment of law as a means of furthering feminist ethical and political values. At a more general level, the essays contemplate the relationship between feminist and other critical approaches to legal theory; the relationship between the ideas underlying feminist legal theory and those informing contemporary developments in social and political theory; and the nature of the relationship between feminist legal theories and feminist legal politics. The essays in this book tell the story of an intellectual journey which has led the author to question some of the central assumptions of traditional legal education and scholarship. They also set out a distinctive vision of jurisprudence as a form of critical social theory.