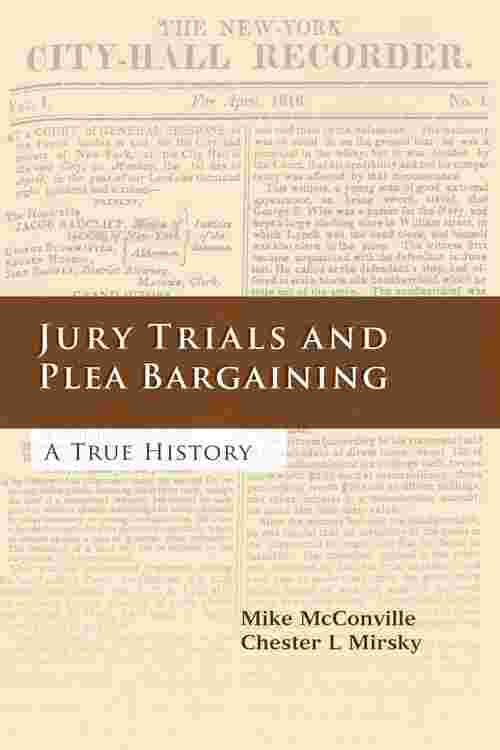 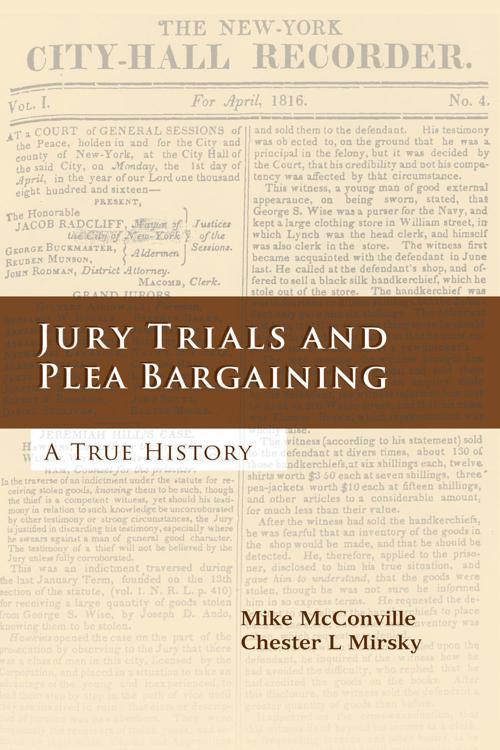 This book is a study of the social transformation of criminal justice, its institutions, its method of case disposition and the source of its legitimacy. Focused upon the apprehension, investigation and adjudication of indicted cases in New York City's main trial tribunal in the nineteenth century - the Court of General Sessions - it traces the historical underpinnings of a lawyering culture which, in the first half of the nineteenth century, celebrated trial by jury as the fairest and most reliable method of case disposition and then at the middle of the century dramatically gave birth to plea bargaining, which thereafter became the dominant method of case disposition in the United States.
The book demonstrates that the nature of criminal prosecutions in everyday indicted cases was transformed, from disputes between private parties resolved through a public determination of the facts and law to a private determination of the issues between the state and the individual, marked by greater police involvement in the processing of defendants and public prosecutorial discretion. As this occurred, the structural purpose of criminal courts changed - from individual to aggregate justice - as did the method and manner of their dispositions - from trials to guilty pleas. Contemporaneously, a new criminology emerged, with its origins in European jurisprudence, which was to transform the way in which crime was viewed as a social and political problem. The book, therefore, sheds light on the relationship of the method of case disposition to the means of securing social control of an underclass, in the context of the legitimation of a new social order in which the local state sought to define groups of people as well as actual offending in criminogenic terms. "At a moment when France is poised to adopt plea bargaining, McConville and Mirsky offer the best historical account of its emergence in mid-nineteenth century America, based upon exhaustive analysis of archival data. Their interpretation of the reasons for the dramatic shift from jury trials to negotiated justice offers no comfort for contemporary apologists of plea bargaining as more "professional." The combination of new data and critical reflection on accepted theories make this essential reading for anyone interested in criminal justice policy."
Rick Abel, Connell Professor of Law, UCLA Law School "A fascinating account which traces the origins of plea-bargaining in the politicisation of criminal justice, linking developments in day-to-day practices of the criminal process with macro-changes in political economy, notably the structures of local governance. This is a classic socio-legal study and should be read by anyone interested in criminology, criminal justice, modern history or social theory".
Nicola Lacey, Professor of Criminal Law and Legal Theory, London School of Economics.