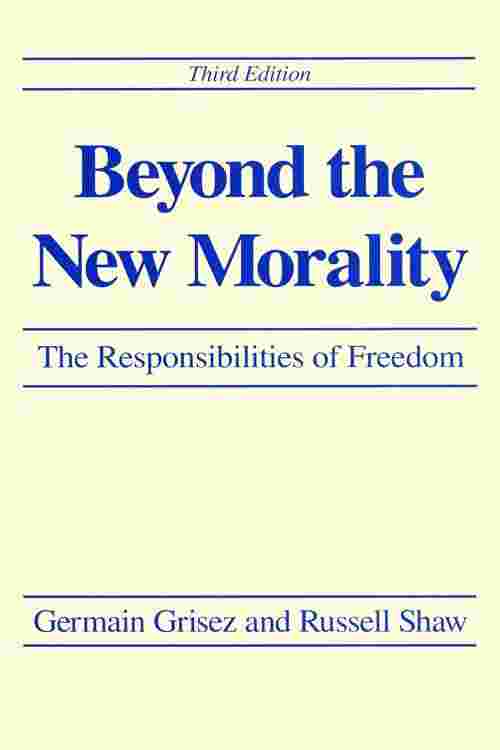 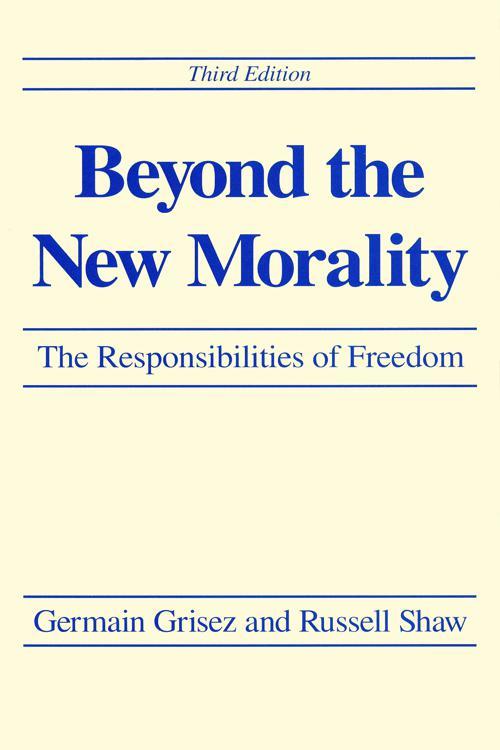 Beyond the New Morality

Beyond the New Morality

First published in 1974, with a second, revised edition in 1980, Beyond the New Morality has been used widely in introductory ethics courses at the undergraduate level. The book appeals to those who want something not overburdened with theory, and presented in a contemporary idiom. In this third edition of the now standard classroom text, Grisez and Shaw retain the best elements of the earlier versions, including their clear, straightforward presentation and use of nontechnical language. Although the basic approach, content, and organization remain substantially the same, the new edition does develop and amend some aspects of the theory. For example, the community dimension of morality is brought out more clearly and the first principle of morality is now formulated more accurately in terms of willing in line with integral human fulfillment.