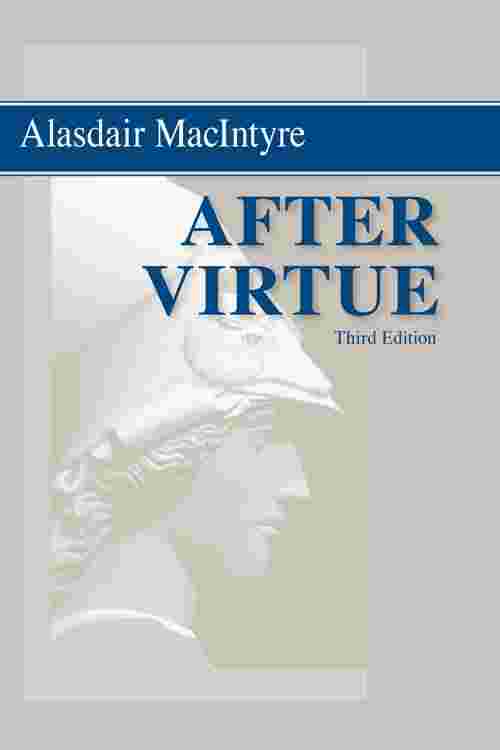 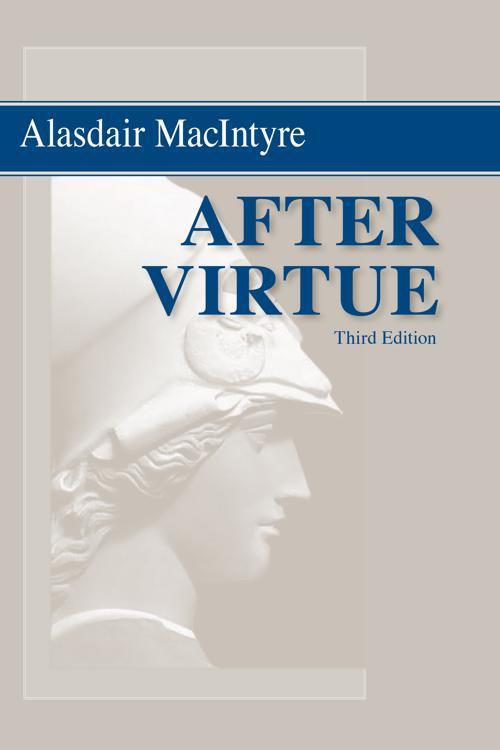 When After Virtue first appeared in 1981, it was recognized as a significant and potentially controversial critique of contemporary moral philosophy. Newsweek called it "a stunning new study of ethics by one of the foremost moral philosophers in the English-speaking world." Since that time, the book has been translated into more than fifteen foreign languages and has sold over one hundred thousand copies. Now, twenty-five years later, the University of Notre Dame Press is pleased to release the third edition of After Virtue, which includes a new prologue "After Virtue after a Quarter of a Century."

In this classic work, Alasdair MacIntyre examines the historical and conceptual roots of the idea of virtue, diagnoses the reasons for its absence in personal and public life, and offers a tentative proposal for its recovery. While the individual chapters are wide-ranging, once pieced together they comprise a penetrating and focused argument about the price of modernity. In the Third Edition prologue, MacIntyre revisits the central theses of the book and concludes that although he has learned a great deal and has supplemented and refined his theses and arguments in other works, he has "as yet found no reason for abandoning the major contentions" of this book. While he recognizes that his conception of human beings as virtuous or vicious needed not only a metaphysical but also a biological grounding, ultimately he remains "committed to the thesis that it is only from the standpoint of a very different tradition, one whose beliefs and presuppositions were articulated in their classical form by Aristotle, that we can understand both the genesis and the predicament of moral modernity."