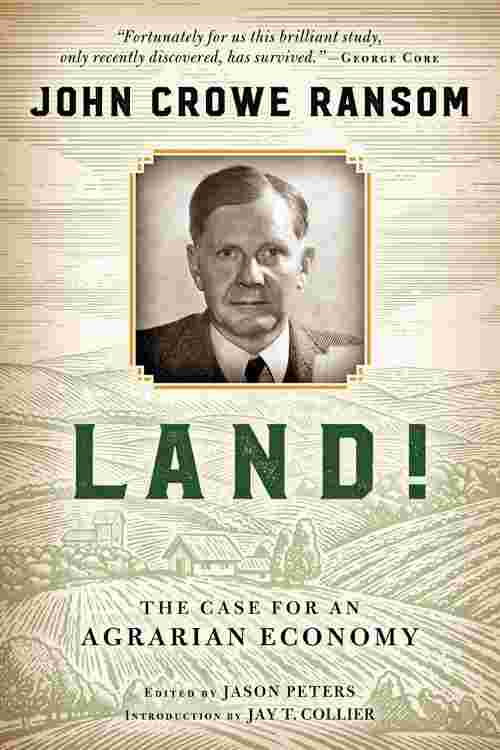 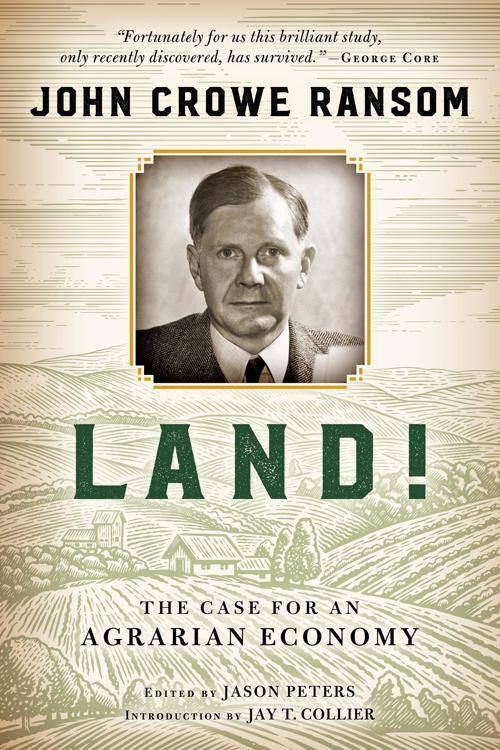 The accomplished poet and scholar John Crowe Ransom made profound contributions to twentieth-century American literature. As a teacher at Vanderbilt University he was also a leading member of the Southern Agrarian movement and a contributor to the movement's manifesto I'll Take My Stand. Ransom's Land! is a previously unpublished work that unites Ransom's poetic sensibilities with an examination of economics at the height of the Great Depression. Politically charged with Ransom's aesthetic beliefs about literature and his agrarian interpretation of economics, Land! was long thought to have been burned by its author after he failed to find a publisher. Thankfully, the manuscript was discovered, and we are now able to read this unique and interesting contribution to the Southern Agrarian revival.

After the publication of I'll Take My Stand in 1930, Ransom, who provided the book's Statement of Principles in addition to its lead essay, became convinced that the book had not adequately proposed an economic alternative to Northern industrialism, which had fairly obliterated the Southern way of life. Land! was Ransom's attempt to fill this gap. In it he presents the weaknesses inherent in capitalism and argues convincingly that socialism is not only an inadequate alternative but inimical to American sensibilities. He proposes instead that agrarianism, which could flourish alongside capitalism, would relieve the problems of unemployment and the "permanently unemployed." In particular, he argues that what he calls the "amphibian farmer"—who can survive in both a monetary and a non-monetary economy— would never, so long as he relied on himself for necessities, have to fear unemployment. America, Ransom claims, is unique in offering this opportunity because, unlike in European countries, land is plentiful.