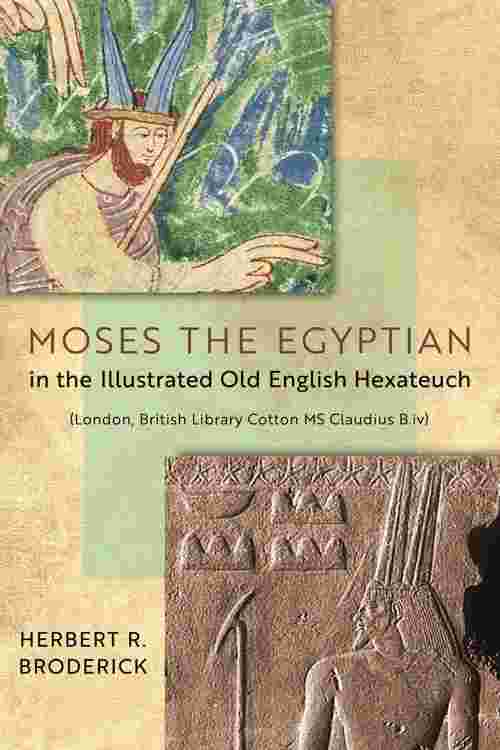 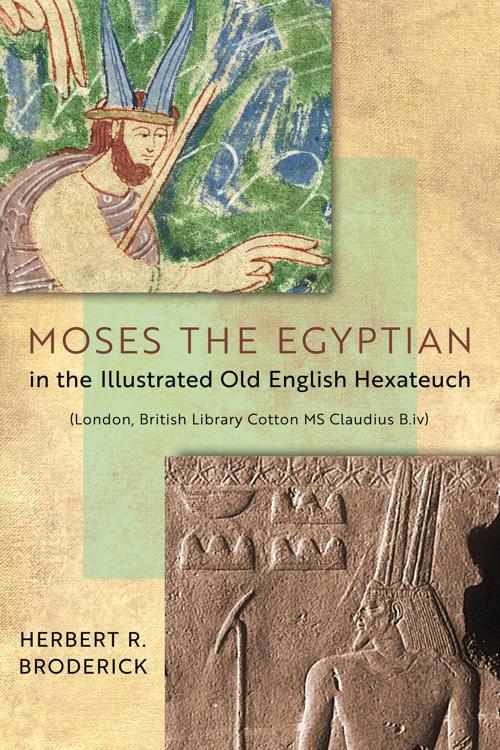 In Moses the Egyptian, Herbert Broderick analyzes the iconography of Moses in the famous illuminated eleventh-century manuscript known as the Illustrated Old English Hexateuch. A translation into Old English of the first six books of the Bible, the manuscript contains over 390 images, of which 127 depict Moses with a variety of distinctive visual attributes.

Broderick presents a compelling thesis that these motifs, in particular the image of the horned Moses, have a Hellenistic Egyptian origin. He argues that the visual construct of Moses in the Old English Hexateuch may have been based on a Late Antique, no longer extant, prototype influenced by works of Hellenistic Egyptian Jewish exegetes, who ascribed to Moses the characteristics of an Egyptian-Hellenistic king, military commander, priest, prophet, and scribe. These Jewish writings were utilized in turn by early Christian apologists such as Clement of Alexandria and Eusebius of Caesarea. Broderick's analysis of this Moses imagery ranges widely across religious divides, art-historical religious themes, and classical and early Jewish and Christian sources.

Herbert Broderick is one of the foremost historians in the field of Anglo-Saxon art, with a primary focus on Old Testament iconography. Readers with interests in the history of medieval manuscript illustration, art history, and early Jewish and Christian apologetics will find much of interest in this profusely illustrated study.