[PDF] The Way Religious Thinkers of the Russian Emigration in Paris and Their Journal, 1925-1940 by Antoine Arjakovsky, Jerry Ryan | Perlego 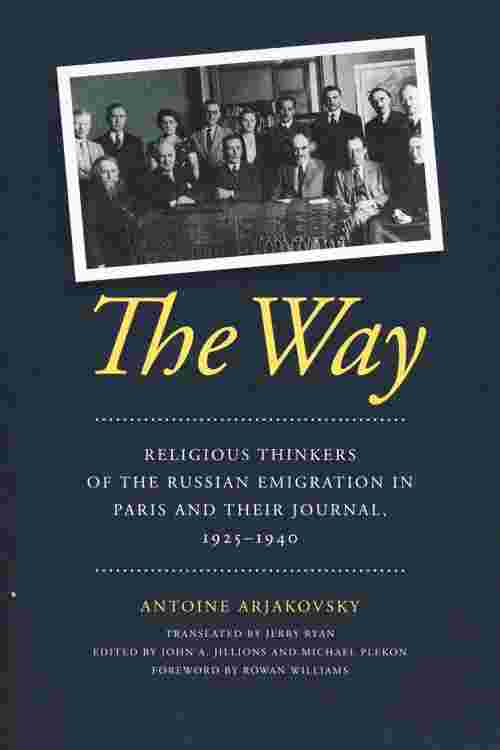 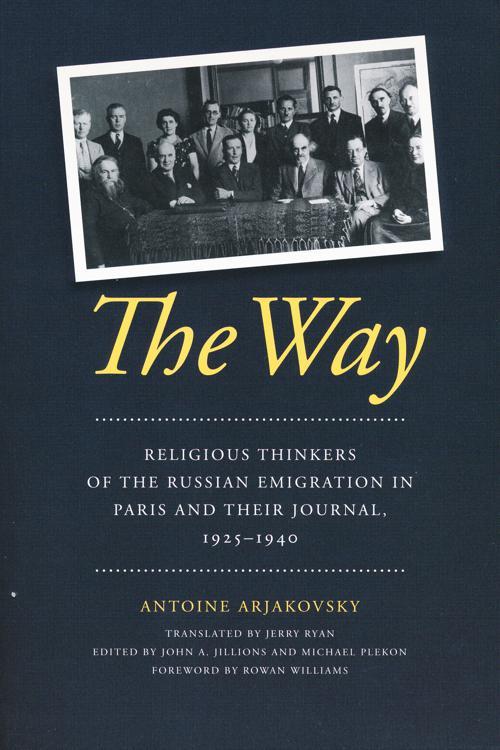 Religious Thinkers of the Russian Emigration in Paris and Their Journal, 1925-1940
Antoine Arjakovsky, Jerry Ryan
Book details
Table of contents

The journal Put', or The Way, was one of the major vehicles for philosophical and religious discussion among Russian émigrés in Paris from 1925 until the beginning of World War II. This Russian language journal, edited by Nicholas Berdyaev among others, has been called one of the most erudite in all Russian intellectual history; however, it remained little known in France and the USSR until the early 1990s. This is the first sustained study of the Russian émigré theologians and other intellectuals in Paris who were associated with The Way and of their writings, as published in The Way. Although there have been studies of individual members of that group, this book places the entire generation in a broad historical and intellectual context. Antoine Arjakovsky provides assessments of leading religious figures such as Berdyaev, Bulgakov, Florovsky, Nicholas and Vladimir Lossky, Mother Maria Skobtsova, and Afanasiev, and compares and contrasts their philosophical agreements and conflicts in the pages of The Way. He examines their intense commitment to freedom, their often contentious struggles to bring the Christian tradition as experienced in the Eastern Church into conversation with Christians of the West, and their distinctive contributions to Western theology and ecumenism from the perspective of their Russian Orthodox experience. He also traces the influence of these extraordinary intellectuals in present-day Russia, Western Europe, and the United States. Throughout this comprehensive study, Arjakovsky presents a wealth of arguments, from debates over "Russian exceptionalism" to the possibilities of a Christian and Orthodox version of socialist politics, the degree to which the church could allow its agenda to be shaped by both local and global political realities, and controversies about the distinctively Russian theology of Divine Wisdom, Sophia. Arjakovsky also maps out the relationships these émigré thinkers established with significant Western theologians such as Jacques Maritain, Yves-Marie Congar, Henri de Lubac, and Jean Daniélou, who provided the intellectual underpinnings of Vatican II.

" The Way is an important work, brilliantly researched, and the product of a true scholar who talks to us theologically as he progresses. Antoine Arjakovsky's main focus of interest is on ecumenical theology, and he argues convincingly that Orthodox thought as manifested in these leading-edge thinkers still has a major role to play in opening an authentically Orthodox but inclusive ecclesiological line of approach to contemporary Christianity." —John A. McGuckin, Union Theological Seminary

"The journal The Way was the heartbeat of the Russian religious intelligentsia from 1925 until the end of World War II, and no more creative band of religious thinkers existed anywhere in the world at the time than this small group of Russians coordinated by the indefatigable Berdyaev. This book is an extraordinarily rich study that deserves to be widely known. Its subject is of the first order of importance for modern intellectual history." —Paul Valliere, Butler University

" The Way is the first comprehensive study of one of the most important movements in modern Russian intellectual history. Arjakovsky provides a lucid account of a vibrant theological circle of Russian émigrés in Paris who were in dialogue with their Western Christian counterparts. They sought to develop Christian thinking that remained rooted in tradition but could speak to modern problems, exploring its implications for philosophical, political, and cultural issues that still have much to say to contemporary Christian thought. We are deeply indebted to Arjakovsy for this masterful presentation." —Scott Kenworthy, Miami University

"Antoine Arjakovsky has provided English readers with the first in-depth study of an unparalleled creative moment in the history of modern Russian religious and Orthodox thought, the lasting impact of which has yet to be fully appreciated. Both a historical excursion and a critical intellectual enterprise in its own right, Arjakovsky's study offers a detailed guide to the diversity of thought and philosophical debates among a stellar group of Russian émigré intellectuals. Those interested in the history of modern Orthodox Christian thought, Russian religious philosophy, and church politics among the first wave of Russia's Orthodox emigration will find a trove of information in this volume." —Vera Shevzov, Smith College