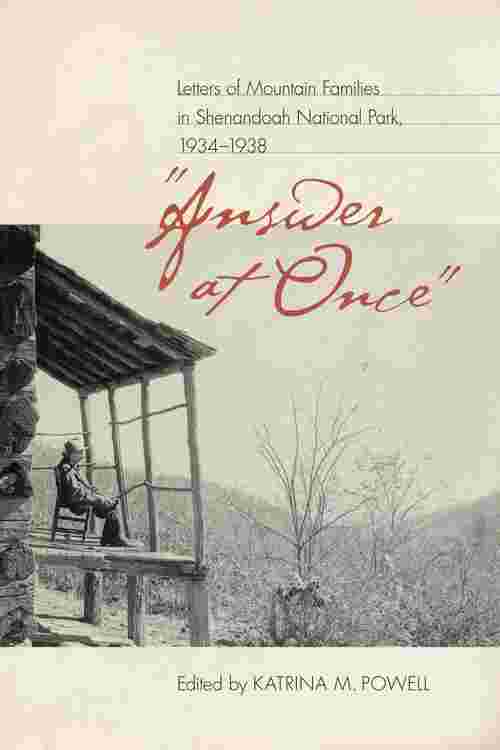 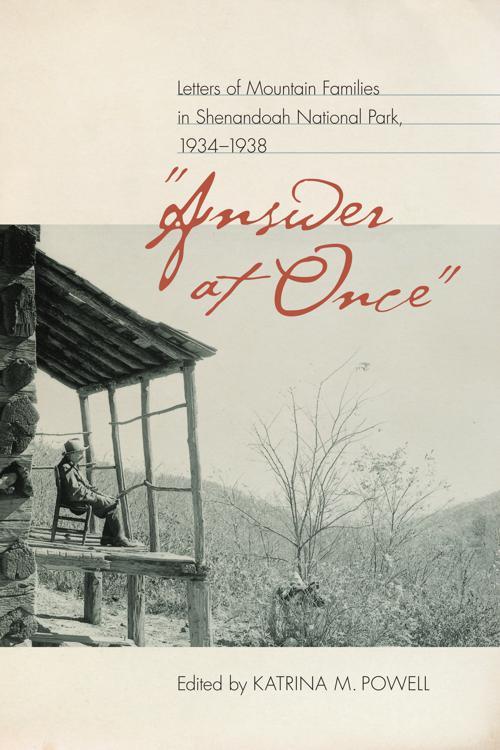 With the Commonwealth of Virginia's Public Park Condemnation Act of 1928, the state surveyed for and acquired three thousand tracts of land that would become Shenandoah National Park. The Commonwealth condemned the homes of five hundred families so that their land could be "donated" to the federal government and placed under the auspices of the National Park Service. Prompted by the condemnation of their land, the residents began writing letters to National Park and other government officials to negotiate their rights and to request various services, property, and harvests. Typically represented in the popular media as lawless, illiterate, and incompetent, these mountaineers prove themselves otherwise in this poignant collection of letters. The history told by the residents themselves both adds to and counters the story that is generally accepted about them.

These letters are housed in the Shenandoah National Park archives in Luray, Virginia, which was opened briefly to the public from 2000 to 2002, but then closed due to lack of funding. This selection of roughly 150 of these letters, in their entirety, makes these documents available again not only to the public but also to scholars, researchers, and others interested in the region's history, in the politics of the park, and in the genealogy of the families. Supplementing the letters are introductory text, photographs, annotation, and oral histories that further document the lives of these individuals.