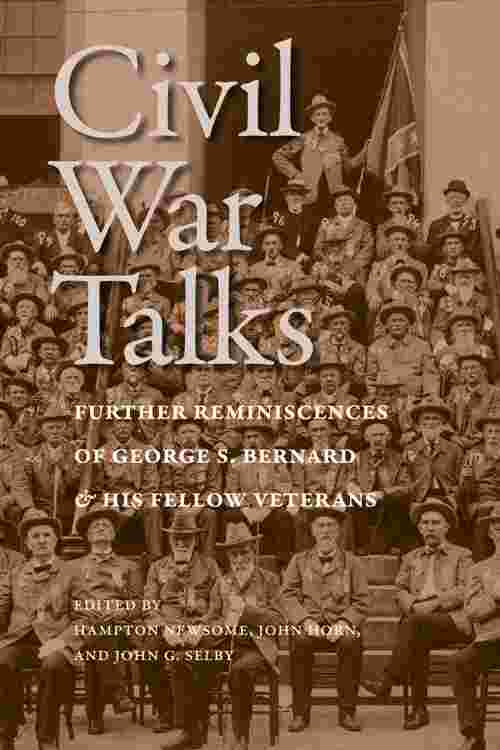 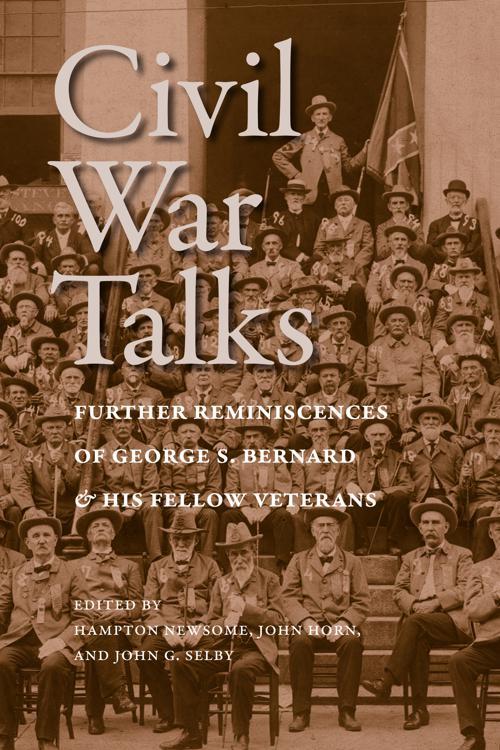 George S. Bernard was a Petersburg lawyer and member of the 12th Virginia Infantry Regiment during the Civil War. Over the course of his life, Bernard wrote extensively about his wartime experiences and collected accounts from other veterans. In 1892, he published War Talks of Confederate Veterans, a collection of firsthand accounts focusing on the battles and campaigns of the 12th Virginia that is widely read to this day. Bernard prepared a second volume but was never able to publish it. After his death in 1912, his papers became scattered or simply lost. But a series of finds, culminating with the discovery of a cache of papers in Roanoke in 2004, have made it possible to reconstruct a complete manuscript of the unpublished second volume.

The resulting book, Civil War Talks, contains speeches, letters, Bernard's wartime diary, and other firsthand accounts of the war not only by veterans of the Confederacy, such as General William Mahone, but by Union veterans as well. Their personal stories cover the major military campaigns in Virginia, Maryland, and Pennsylvania--Seven Pines, Malvern Hill, Gettysburg, Wilderness, Spotsylvania, Petersburg, and Appomattox. For the general reader, this volume offers evocative testimonies focusing on the experiences of individual soldiers. For scholars, it provides convenient access to many accounts that, until now, have not been widely available or have been simply unknown.