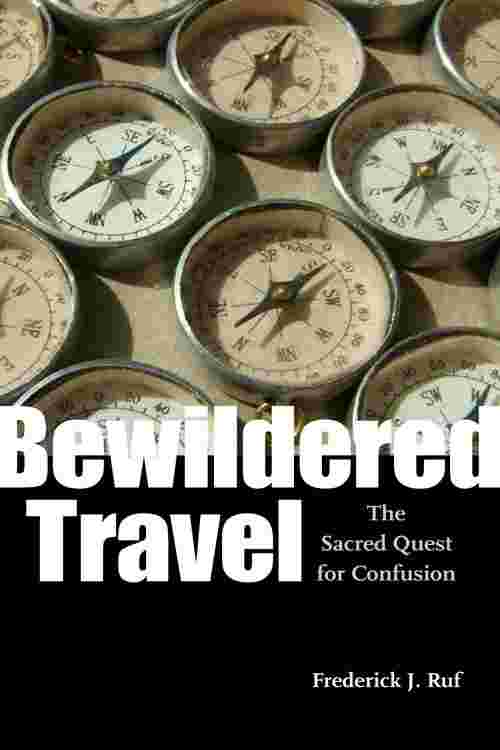 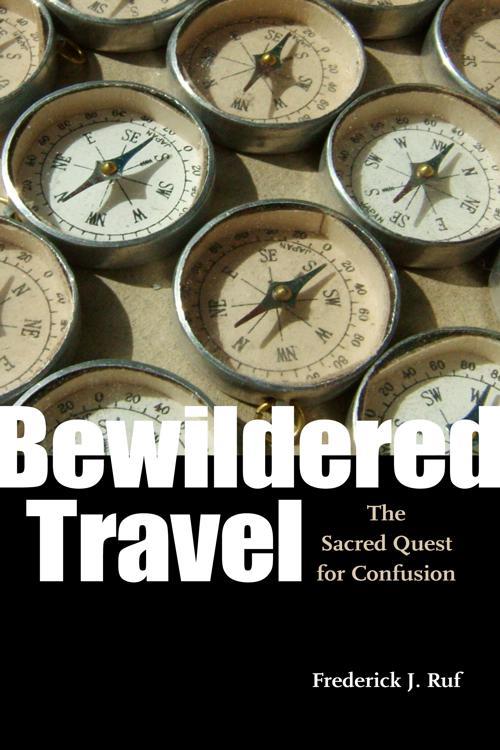 Why do we travel? Ostensibly an act of leisure, travel finds us thrusting ourselves into jets flying miles above the earth, only to endure dislocations of time and space, foods and languages foreign to our body and mind, and encounters with strangers on whom we must suddenly depend. Travel is not merely a break from routine; it is its antithesis, a voluntary trading in of the security one feels at home for unpredictability and confusion. In Bewildered Travel Frederick Ruf argues that this confusion, which we might think of simply as a necessary evil, is in fact the very thing we are seeking when we leave home.

Ruf relates this quest for confusion to our religious behavior. Citing William James, who defined the religious as what enables us to "front life," Ruf contends that the search for bewilderment allows us to point our craft into the wind and sail headlong into the storm rather than flee from it. This view challenges the Eliadean tradition that stresses religious ritual as a shield against the world's chaos. Ruf sees our departures from the familiar as a crucial component in a spiritual life, reminding us of the central role of pilgrimage in religion.

In addition to his own revealing experiences as a traveler, Ruf presents the reader with the journeys of a large and diverse assortment of notable Americans, including Henry Miller, Paul Bowles, Mark Twain, Mary Oliver, and Walt Whitman. These accounts take us from the Middle East to the Philippines, India to Nicaragua, Mexico to Morocco--and, in one threatening instance, simply to the edge of the author's own neighborhood. "What gives value to travel is fear," wrote Camus. This book illustrates the truth of that statement.