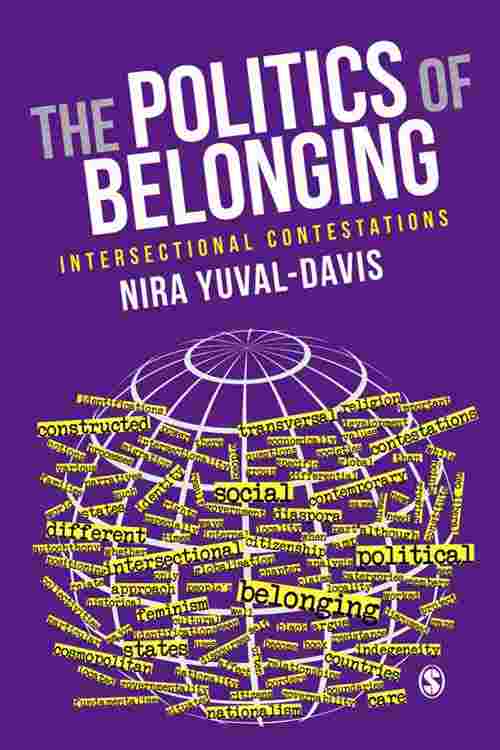 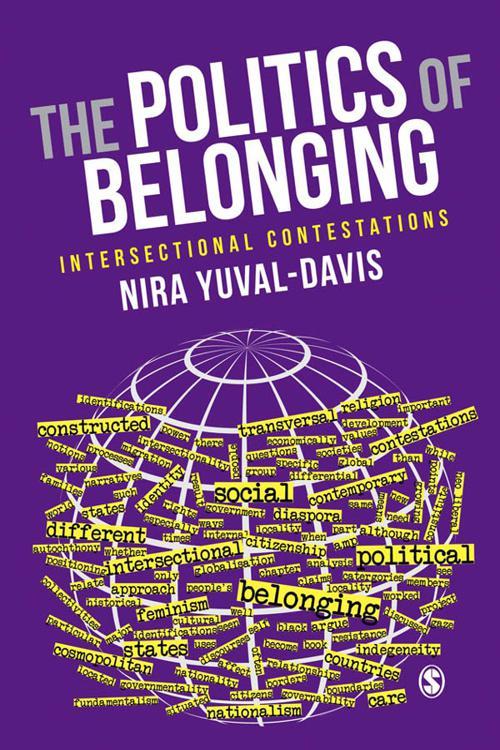 "This is an in-depth examination of a slippery and contradictory subject. Knowledge alone is not enough for this type of project. It takes breaking out of narrow conceptual cages and unsettling what we think of as stable meanings. The author brings all of this to life in often unforgettable ways."
- Saskia Sassen, Professor, Columbia University "National identities were once taken largely for granted in social science. Now they are part of an even more complex ?politics of belonging? that challenges both public affairs and the categories of social science. Nira Yuval-Davis offers a nuanced account that will be important for scholars and all those concerned with contemporary politics."
- Craig Calhoun, Director, LSE This is a cutting-edge investigation of the challenging debates around belonging and the politics of belonging. Alongside the hegemonic forms of citizenship and nationalism which have tended to dominate our recent political and social history, Nira Yuval-Davis examines alternative contemporary political projects of belonging constructed around the notions of religion, cosmopolitanism and the feminist ?ethics of care?. The book also explores the effects of globalization, mass migration, the rise of both fundamentalist and human rights movements on such politics of belonging, as well as some of its racialized and gendered dimensions. A special space is given to the various feminist political movements that have been engaged as part of or in resistance to the political projects of belonging.

Yuval-Davis deconstructs notions of national and ethnic and interrogates the effects that different political projects of belonging have on members of these collectivities who are differentially located socially, economically and politically.

In the aftermath of the 7/7 bombings in London during the summer of 2005, one question seems to have bothered many of the journalists who wrote about this – how is it possible that ‘British’ people were able to carry out such atrocities in Britain? The reasons why these particular people became suicide bombers are no doubt complex and could be found in the particular biographies of these people as well as in some more general micro and macro social and political factors. I shall try and relate to some of these in Chapter 4 which looks at issues concerning religion, fundamentalism and contemporary politics of belonging. However, the theoretical question which is at the heart of the project of this book as a whole concerns the assumptions which led these journalists – and so many others in the general public in Britain and outside it – to feel that carrying a British passport, or even being born and educated in Britain, should have automatically made them belong with other British citizens and ‘immune’ from taking part in such an attack. In other words, why would people’s nationality be more important to them than their religious and political beliefs, and why should they feel more loyal to the British nation than to other political and religious collectivities? Are nationalist politics of belonging still the hegemonic model of belonging at the beginning of the twenty-first century? And if so, what kind of nationalism is this? And if not, what other political projects of belonging are now competing with nationalism? Mohammad Sidique Khan, one of the 7/7 bombers who made a videotape that was shown by Al Jazeera (September 1, 2005), does talk about ‘my people’ in his statement, but he meant Muslims ‘all over the world’ and definitely not the British people.
The questions of belonging and the politics of belonging constitute some of the most difficult issues that are confronting all of us these days and this book hopes to contribute to the understanding of some of them. In these post 9/11 (and 7/7) times, ‘strangers’ are seen not only as a threat to the cohesion of the political and cultural community, but also as potential terrorists, especially the younger men among them. The question of who is ‘a stranger’ and who ‘does not belong’, however, is also continuously being modified and contested, with growing ethnic, cultural and religious tensions within as well as between societies and states. Politics of belonging have come to occupy the heart of the political agenda almost everywhere in the world, even when reified assumptions about ‘the clash of civilizations’ (Huntington, 1993) are not necessarily applied. As Francis B. Nyamnjoh points out (2005: 18), ‘in Africa, as elsewhere, there is a growing obsession with belonging, along with new questions concerning conventional assumptions about nationality and citizenship’. And Hedetoff and Hjort (2002: x) point out in the introduction to their edited book that ‘today belonging constitutes a political and cultural field of global contestation, anywhere between ascriptions of belonging and self-constructed definitions of new spaces of culture, freedom and identity’.
The aim of this chapter is to frame, both theoretically and contextually, the questions which are going to be explored elsewhere in this book. I aim to outline some of the main debates that have emerged both in academia and in the political arena around various major political projects of belonging. Alongside the hegemonic forms of citizenship and nationalism which have tended to dominate the twentieth century, the book also investigates alternative contemporary political projects of belonging that are constructed around the notions of religion, cosmopolitanism and the feminist ‘ethics of care’. Constructions and contestations of multiculturalism, multi-faithism, indigenous and diasporic political projects of belonging constitute only some of these debates. The effects of globalization, mass migration, the rise of both fundamentalist and human rights movements on such politics of belonging, as well as some of its racialized and gendered dimensions will also be investigated. A special place will also be given to the various feminist political movements that have been engaged as part of or in resistance to the political projects of belonging discussed in the book.
The analytical perspective which is used is intersectional, deconstructing simplistic notions of national and ethnic collectivities and their boundaries and interrogating some of the differential effects that different political projects of belonging have on different members of these collectivities who are differentially located socially, economically and politically. It is for this reason that the first part of this introductory chapter examines the notion of intersectionality.
Once this theoretical framework has been clarified, the chapter introduces the notions of belonging and the politics of belonging, the subject matter of the book, and the notions of social locations, identifications and values which are central for their understanding. It also illustrates some of the different relationships between different constructions of belonging and different political projects of belonging, using examples from related discourses in the UK.
This introduction then moves on to outline some of the general features of the contemporary globalization context, within which the various intersectional political projects of belonging discussed in this book operate. It discusses globalization, how states have been reconfigured under neo-liberal globalization and the ways in which mass migration and the discourse of securitization can affect and are affected by these processes.
The following chapters, a brief description of which ends this chapter, then explore some of the major contemporary political projects of belonging constructed around citizenship, nationalism, religion, cosmopolitanism and the feminist project of ‘ethics of care’. Given the limitations of space in this book, these chapters will mainly focus on various theoretical and political issues relating to these projects and their differential intersectional effects can only be pointed to rather than explored in detail. The final concluding chapter briefly sums up the subjects discussed in the book and highlights their normative, as well as emotional and analytical facets. The book ends with a short meditation on the notion of hope and the role it plays in transversal feminist politics.

The relationship between the social categories

There is another reason for the inadequacy of using an inter-categorical approach on its own. Unless it is complemented with an intra-categorical approach, it can be understood as an additive rather than a mutually constitutive approach to the relationships between social categories.
Although discourses of race, gender, class, etc. have their own ontological bases which cannot be reduced down to each other, there is no separate concrete meaning of any facet of these social categories, as they are mutually constitutive in any concrete historical moment. To be a woman will be different whether you are middle class or working class, a member of the hegemonic majority or a racialized minority, living in the city or in the country, young or old, gay or straight, etc. Viewing intersectional analysis in this way links the interrogation of concrete meanings of categories and their boundaries to specific historical contexts which are shifting and contested, rather than just abstracting ontological and epistemological enquiries. However, simply assuming that any particular inter-categorical study would result in a full understanding of the specific constructions of any particular social category in any particular context, as McCall does, is also reductionist.

Kimberlé Crenshaw (1989: 139) define intersectionality as ‘the multidimensionality of marginalized subjects’ lived experiences’. Other black feminists (e.g. Dill, 1983; Bryan et al., 1985) also remain within the triad boundaries of race, class and gender. Philomena Essed (1991) even limits this to the two dimensions of ‘gendered racisms’ and ‘racist genderisms’. Others have added the specific categories they were interested in, such as age (e.g. Bradley, 1996); disability (e.g. Oliver, 1995; Meekosha & Dowse, 1997); sedentarism (e.g. Lentin, 1999); or sexuality (e.g. Kitzinger, 1987). In other works, however, feminists attempted to develop complete lists and included in them much higher numbers – for example, Helma Lutz (2002) relates this to 14 categories while Charlotte ...