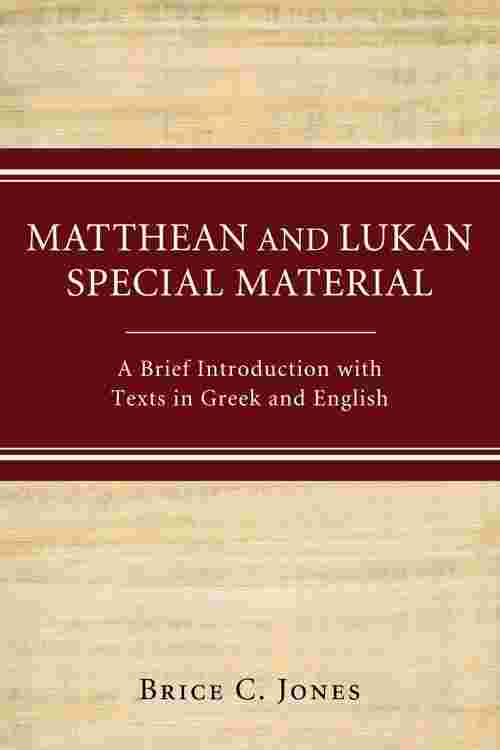 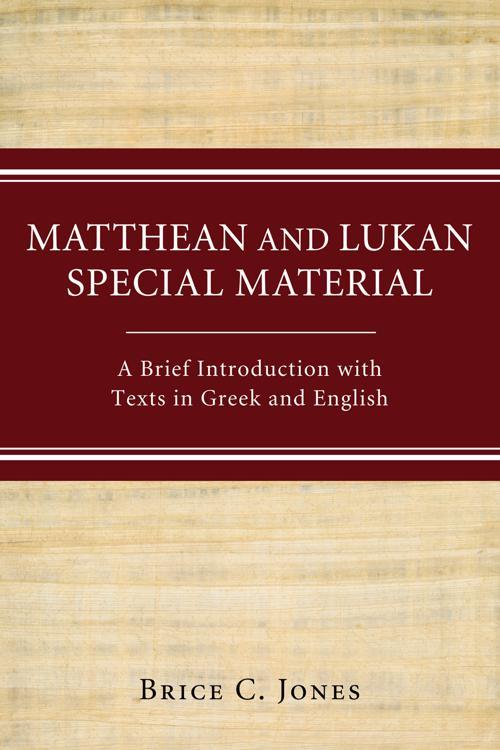 For the first time, the Gospel material unique to both Matthew and Luke is brought together into one volume--in both Greek and English. For more than a century, New Testament scholars have asserted that Matthew and Luke drew on sources in addition to Q and Mark during the composition of their Gospels. For convenience, the non-paralleled material in Matthew has traditionally been labeled M, and the non-paralleled material in Luke has traditionally been labeled L. We learn only from Matthew, for example, particular stories like Joseph and Mary's escape to Egypt and the Great Commission; from Luke stories like the Prodigal Son and Jesus' appearance on the Emmaus road. Studying the material unique to each Gospel in isolation from their narrative contexts will allow students and scholars alike to engage these stories on their own. In this book, the individual special pericopae from Matthew and Luke are collected and arranged in Greek and English in the order in which they appear in the Greek New Testament. An introductory essay is provided to introduce readers to the Synoptic Problem, the notions of M and L and where they come from, what the parameters are for selection, and the critical debate, so that readers know how the selections were made and what is being asserted by their inclusion. This book will be a wonderful teaching tool for seminary and university professors, and will facilitate student engagement with distinctive Matthean and Lukan stories. It will also be a valuable resource for New Testament scholars doing research on this special material, since having it all in one place will no longer require them to search for the distinctive passages among the larger Gospel narratives.

Literary Relationships Among the Gospels