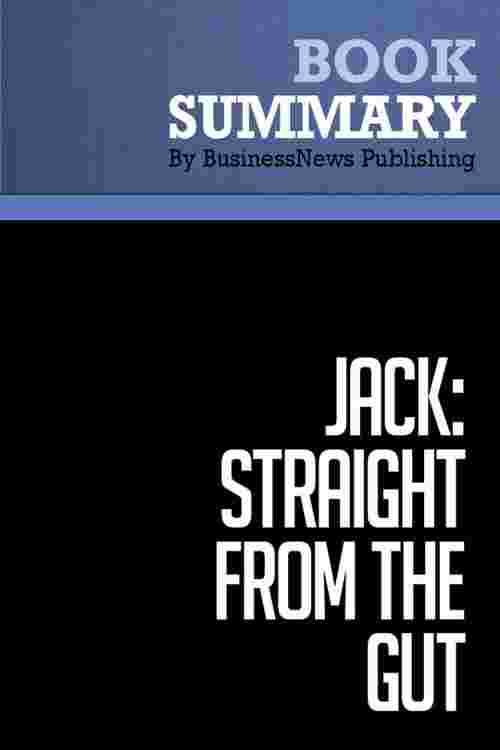 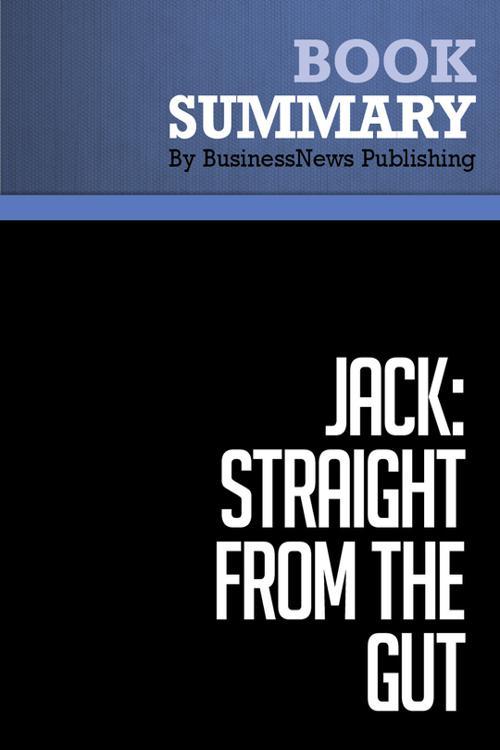 The must-read summary of  Jack Welch and John Byrne's book: `Jack: Straight from the Gut, The Autobiography`.

This complete summary of the ideas from Jack Welch and John Byrne's book `Jack` shows that Jack Welch joined General Electric in 1960. From 1981 to 2001, he served as chairman and CEO of the company . In his book, he takes the reader through his enormously successful career, identifying his successes, his philosophy for leading a company and how to deal with the roadblocks. Welch was always openly ambitious: after only four years in the company he lobbied to take on a $10 million budget. At 32, he was the company’s youngest general manager: in that role, he became known for encouraging debate and not tolerating protocol. When he became CEO, he began to build a philosophy that the company had previously been lacking: every aspect of the business that wasn’t fulfilling its potential must be fixed, sold or closed. Welch sees this time as him `throwing hand grenades`, trying to blow up traditions that were holding the company back. He also put into place a radical HR system that put employees into category A, B, or C: `A` showed potential leadership, `B` was people who got the job done, and `C` was for procrastinators.

Added-value of this summary:
• Save time
• Understand key concepts
• Increase your business knowledge

To learn more, read `Jack: Straight From the Gut` and discover an utterly engrossing insight into a man with vision, passion and practical know-how.