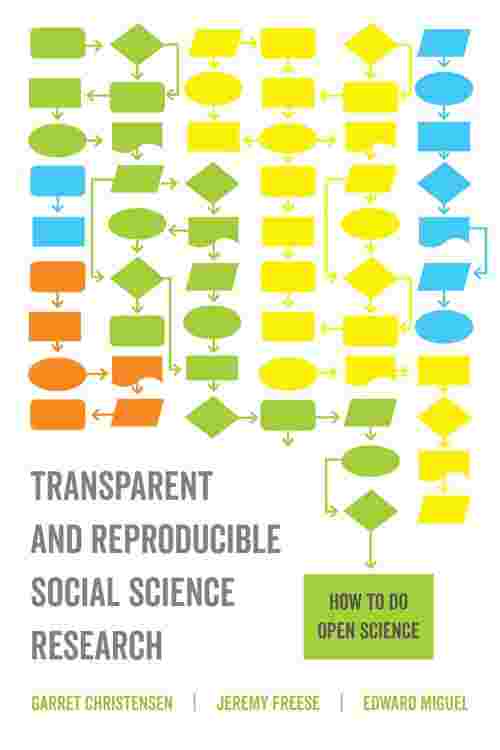 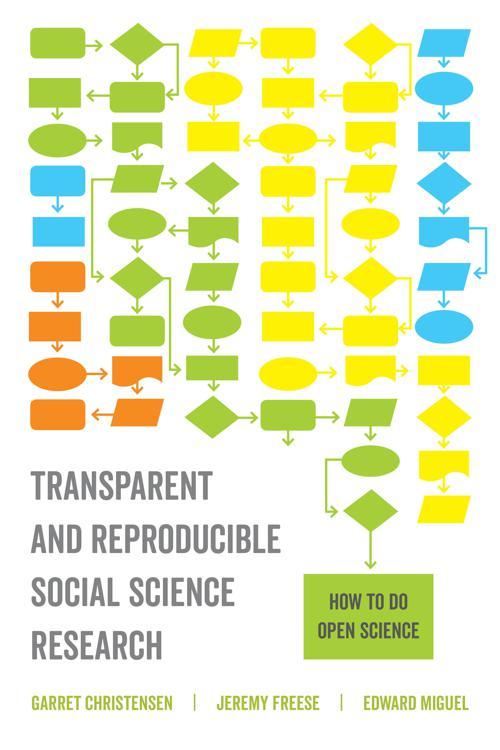 Recently, social science has had numerous episodes of influential research that was found invalid when placed under rigorous scrutiny. The growing sense that many published results are potentially erroneous has made those conducting social science research more determined to ensure the underlying research is sound.   Transparent and Reproducible Social Science Research is the first book to summarize and synthesize new approaches to combat false positives and non-reproducible findings in social science research, document the underlying problems in research practices, and teach a new generation of students and scholars how to overcome them. Understanding that social science research has real consequences for individuals when used by professionals in public policy, health, law enforcement, and other fields, the book crystallizes new insights, practices, and methods that help ensure greater research transparency, openness, and reproducibility. Readers are guided through well-known problems and are encouraged to work through new solutions and practices to improve the openness of their research. Created with both experienced and novice researchers in mind, Transparent and Reproducible Social Science Research serves as an indispensable resource for the production of high quality social science research.

Contemporary society is complex and rapidly changing. Leaders of government, corporate, and nonprofit institutions all face a constant stream of choices. Thankfully, these leaders are increasingly investing in data acquisition and analysis to help them make good decisions. Researchers are often charged with providing this information and insight, in areas ranging from environmental science to economic policy, immigration, and health care reform. Success often depends on the quality of the underlying research. Inaccurate research can lead to ineffective or inappropriate policies, and worse outcomes for people’s lives.
How reliable is the current body of evidence that feeds into decision making? Many believe it is not reliable enough. A crisis of confidence has emerged in social science research, with influential voices both within academia (Manski 2013) and beyond (Feilden 2017) asserting that policy-relevant research is often less reliable than claimed, if not outright wrong. The popular view that you can manipulate statistics to get any answer you want captures this loss of faith in the research enterprise, and the sense that too many scientific findings are mere advocacy. In this era of “fake news” and the rise of extremist political and religious movements around the world, the role of scientific research in establishing the truth as common ground for public debate is more important than ever.
Let’s take, for example, the case of health care reform in the United States—the subject of endless partisan political debate. This tension can be partly explained by the simple fact that people feel strongly about health care, a sector that affects everyone at one time or another in their lives. But there are also strong ideological disagreements between the major U.S. political parties, including the role government should play in providing social services, and the closely related debate over tax rates, since higher taxes generate the revenue needed for health programs.
What role can research play in such a volatile debate? The answer is “It depends.” Some people—and politicians—will hold fast to their political views regardless of evidence; research cannot always sway everyone. But data and evidence are often influential and even decisive in political battles, including the 2017 attempt by congressional Republicans to dismantle the Affordable Care Act (ACA), or Obamacare. In that instance, a handful of senators were swayed to vote “Nay” when evidence from the Congressional Budget Office estimating the likely impact of ACA repeal on insurance coverage and health outcomes was released. Media coverage of the research likely boosted the program’s popularity among American voters.
The answers to highly specific or technical research questions can be incredibly important. In the U.S. case, findings about how access to health insurance affects individual life outcomes—including direct health measures, as well as broader economic impacts such as personal bankruptcy—have been key inputs into these debates. How many people will buy insurance under different levels of subsidies (i.e., what does the demand curve for health insurance look like)? How do different institutional rules in the health insurance marketplace affect competition, prices, and usage? And so on.
When the stakes are this high, the accuracy and credibility of the evidence used become extremely important. Choices made on the basis of evidence will ultimately affect millions of lives. Importantly, it is the responsibility of social science researchers to assure others that their conclusions are driven by sound methods and data, and not by some underlying political bias or agenda. In other words, researchers need to convince policymakers and the public that the statistical results they provide have evidentiary value—that you can’t just pick out (or make up) any statistic you want.
This book provides a road map and tools for increasing the rigor and credibility of social science research. We are a team of three authors—one sociologist and two economists—whose goal is to demonstrate the role that greater research transparency and reproducibility can play in uncovering and documenting the truth. We will lay out a number of specific changes that the research community can make to advance and defend the value of scientific research in policy debates around the world. But before we get into the nitty-gritty or “how,” it is worth surveying the rather disappointing state of affairs in social science research, and its implications.

HOUSTON, WE HAVE A PROBLEM: RESEARCH FRAUD AND ITS AFTERMATH

First, we aim to bring the reader up to speed on the core intellectual issues around research transparency and reproducibility, beginning with this introduction and continuing in Chapter 2 with a detailed discussion of the scientific ethos and its implications for research practices.
Next, we present existing evidence—some classic, some new—on pervasive problems in social science research practice. One such problem is publication bias (Chapter 3), whereby studies with more compelling results are more likely be published, rather than publication being based solely on the quality of the data, research design, and analysis. Another distinct, but closely related, problem is specification searching during statistical analysis (Chapter 4). Specification searching is characterized by t...