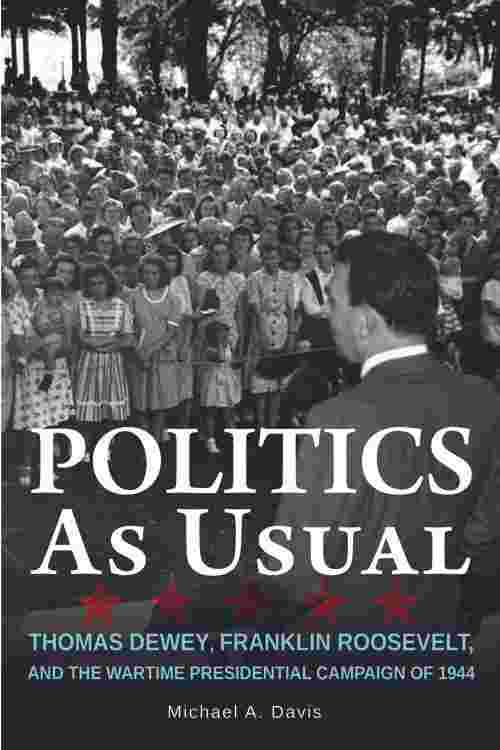 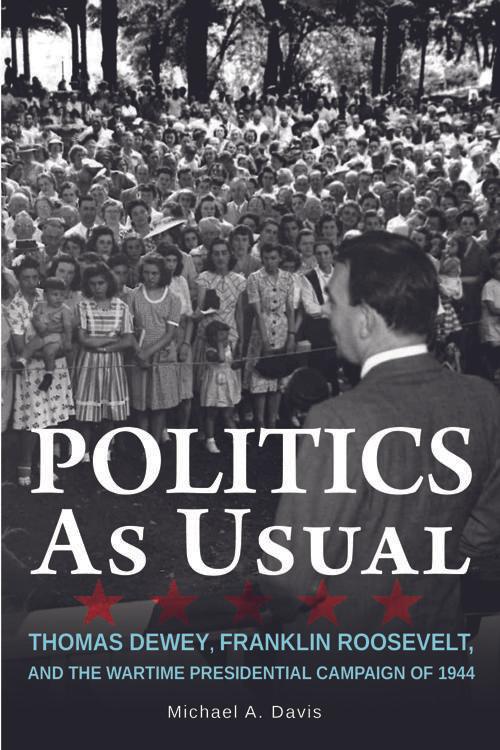 The presidential election of 1944, which unfolded against the backdrop of the World War II, was the first since 1864—and one of only a few in all of US history—to take place while the nation was at war. After a brief primary season, the Republican Party settled upon New York governor Thomas E. Dewey, the former district attorney and popular special prosecutor of Legs Diamond and Lucky Luciano, as its nominee for president of the United States. The Democratic nominee for president, meanwhile, was the three-term incumbent, sixty-two year-old Franklin Delano Roosevelt. Sensitive to the wartime setting of the election, both Roosevelt and Dewey briefly adopted dignified and low-key electoral strategies early in their campaigns. Within a few months however, "politics as usual" returned as the campaign degenerated into a vigorously fought, chaotic, unpredictable, and highly competitive contest. While Politics as Usual is a comprehensive study of the campaign, Davis focuses attention on the loser, Dewey, and shows how he emerged as a central figure for the Republican Party. Davis examines the political landscape in the United States in the early 1940s, including the state of the two parties, and the rhetoric and strategies employed by both the Dewey and Roosevelt campaigns. He details the survival of partisanship in World War II America and the often overlooked role of Dewey—who sought to rebuild the Republican Party "to be worthy of national trust"—as party leader at such a critical time. Although Dewey fell short of victory, Dewey kept his party unified, helped steer it away from isolationist influences, and rebuilt it to fit into (and to be a relevant alternative within) the post-World War II, New Deal order.