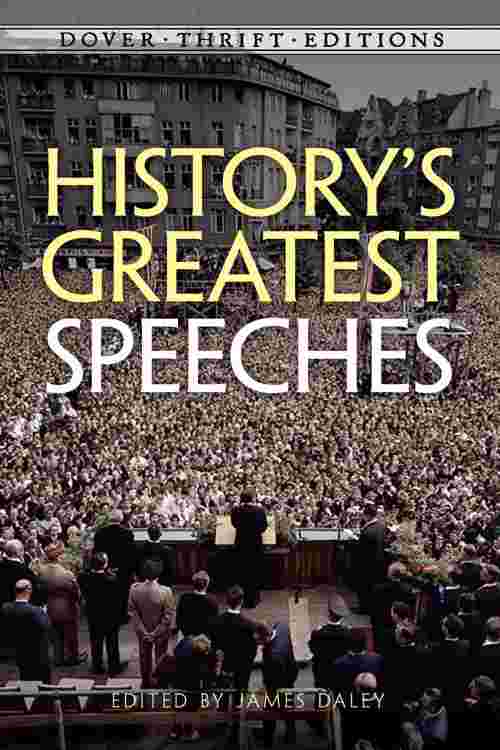 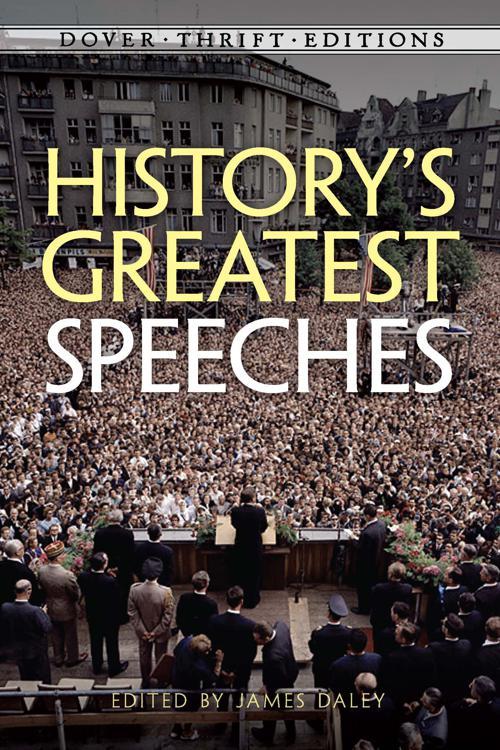 Ideal for classroom use, this anthology also provides a valuable tool for preparing or performing public speeches. Twenty of the world's most influential and stirring public lectures include Martin Luther King's `I Have a Dream` speech, Lincoln's Gettysburg Address, and Patrick Henry's `Give Me Liberty or Give Me Death!` oration.
Additional speeches include Pericles' fifth-century BC funeral oration, George Washington's 1784 resignation speech, Martin Luther's 1520 address to the Diet of Worms, and Jonathan Edwards' 1741 sermon, `Sinners in the Hands of an Angry God.` Other orations include Sojourner Truth's 1851 `Ain't I a Woman?` address, Frederick Douglass's 1852 `What to the Slave is the Fourth of July?` speech, Elie Wiesel's 1999 lecture on the perils of indifference, plus speeches by Eleanor Roosevelt, Winston Churchill, Mahatma Gandhi, Nelson Mandela, and other luminaries. Includes 3 selections from the Common Core State Standards Initiative: `I Have a Dream,` `Gettysburg Address,` and `What to the Slave is the Fourth of July?`
Read More