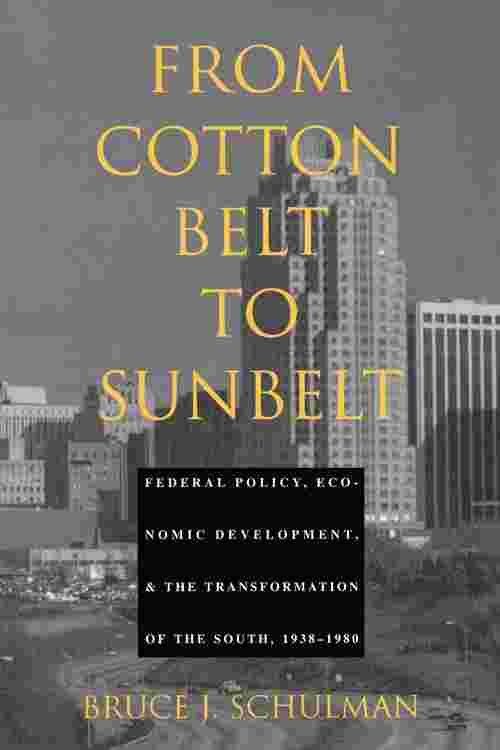 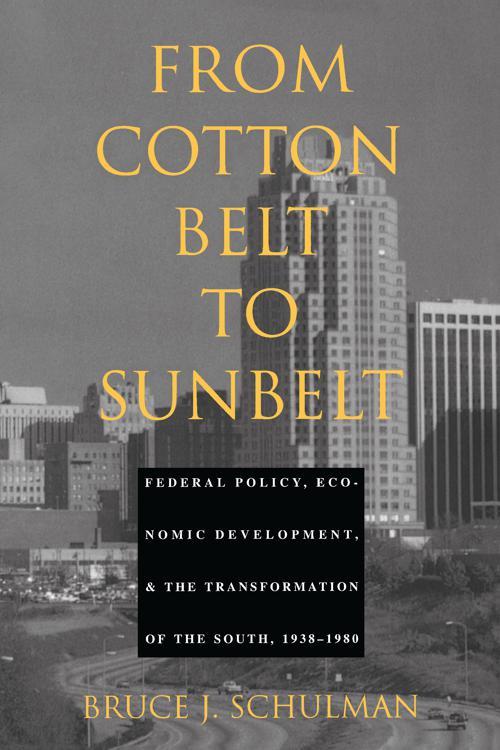 From Cotton Belt to Sunbelt investigates the effects of federal policy on the American South from 1938 until 1980 and charts the close relationship between federal efforts to reform the South and the evolution of activist government in the modern United States. Decrying the South's economic backwardness and political conservatism, the Roosevelt Administration launched a series of programs to reorder the Southern economy in the 1930s. After 1950, however, the social welfare state had been replaced by the national security state as the South's principal benefactor. Bruce J. Schulman contrasts the diminished role of national welfare initiatives in the postwar South with the expansion of military and defense-related programs. He analyzes the contributions of these growth-oriented programs to the South's remarkable economic expansion, to the development of American liberalism, and to the excruciating limits of Sunbelt prosperity, ultimately relating these developments to southern politics and race relations. By linking the history of the South with the history of national public policy, Schulman unites two issues that dominate the domestic history of postwar America—the emergence of the Sunbelt and the expansion of federal power over the nation's economic and social life. A forcefully argued work, From Cotton Belt to Sunbelt, originally published in 1991(Oxford University Press), will be an important guide to students and scholars of federal policy and modern Southern history.