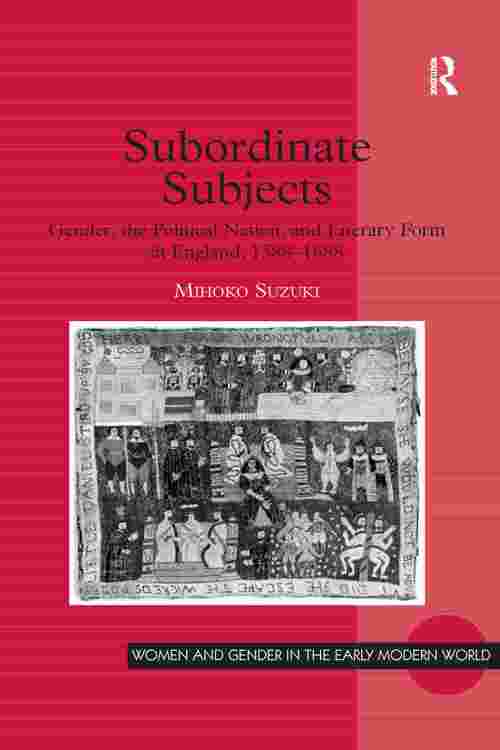 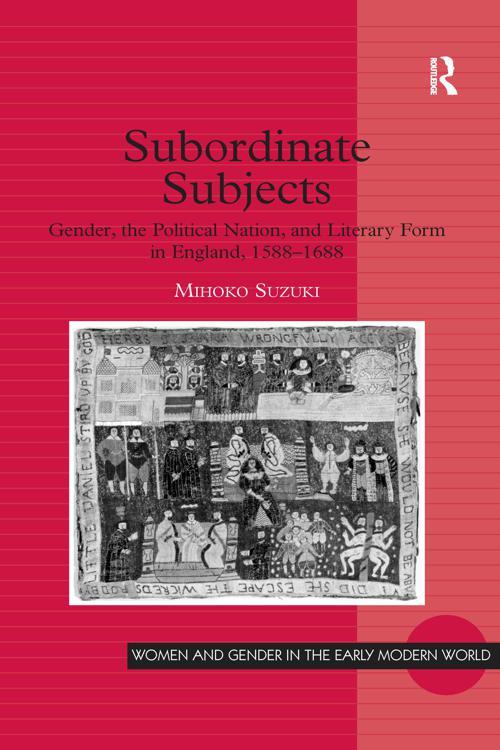 Considering as evidence literary texts, historical documents, and material culture, this interdisciplinary study examines the entry into public political culture of women and apprentices in seventeenth-century England, and their use of discursive and literary forms in advancing an imaginary of political equality. Subordinate Subjects traces to the end of Elizabeth Tudor's reign in the 1590s the origin of this imaginary, analyses its flowering during the English Revolution, and examines its afterlife from the Restoration of Charles II in 1660 to the Glorious Revolution of 1688-89. It uses post-Marxist theories of radical democracy, post-structuralist theories of gender, and a combination of political theory and psychoanalysis to discuss the early modern construction of the political subject. Subordinate Subjects makes a distinctive contribution to the study of early modern English literature and culture through its chronological range, its innovative use of political, psychoanalytic, and feminist theories, and its interdisciplinary focus on literature, social history, political thought, gender studies, and cultural studies.