[PDF] The Contemporary Printed Literature of the English Counter-Reformation between 1558 and 1640 Volume II: Works in English, with Addenda & Corrigenda to Volume I by A.F. Allison, D.M. Rogers | Perlego 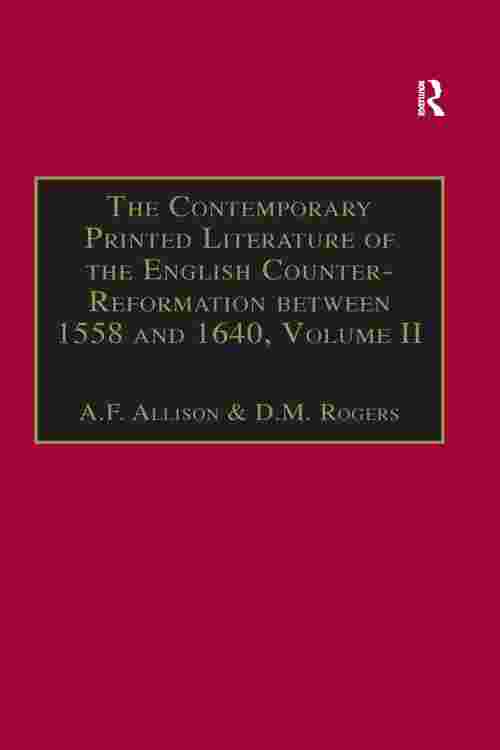 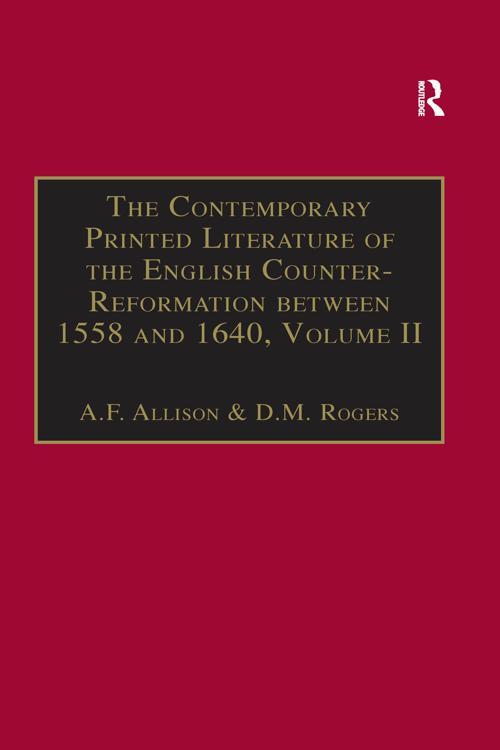 This is an annotated bibliography of Catholic books in English printed abroad or secretly in England at a time when Catholic printing was prohibited in England and such books, when discovered by the authorities, were seized and destroyed. It includes all the 930 items listed in the authors' A Catalogue of Catholic Books in English..., 1956 (A&R) except for a handful which, for reasons of consistency, were described in volume I of the present work (Scolar Press, 1989), and it adds a further twenty-five on which information has come to light more recently. The annotations, historical, literary and bibliographical, are very much fuller than those in A&R and include a vast amount of evidence now brought together for the first time. The true authors of many anonymous and pseudonymous books are identified and many books issued with a false imprint, or no imprint at all, are assigned to particular presses. In each entry, up to fifteen locations are given where known. A concordance links the entries with those in A&R to facilitate cross-reference from one to the other, and indexes of titles, printers and publishers, and persons (including foreign authors) mentioned in the text are provided. The volume concludes with a short list of Addenda and Corrigenda to volume I.