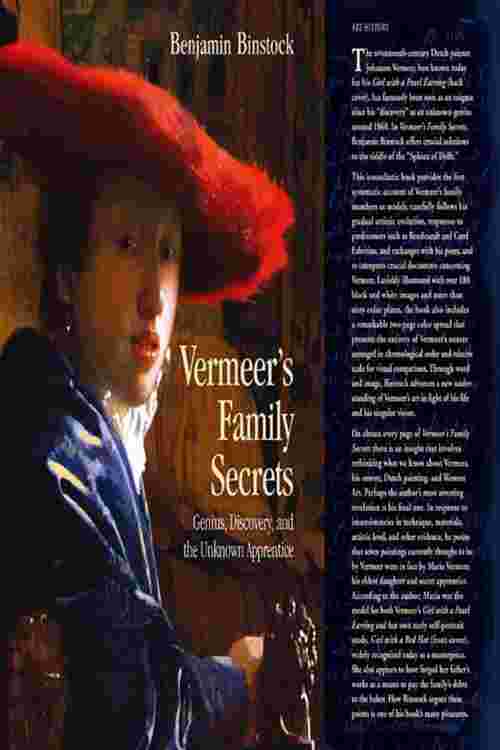 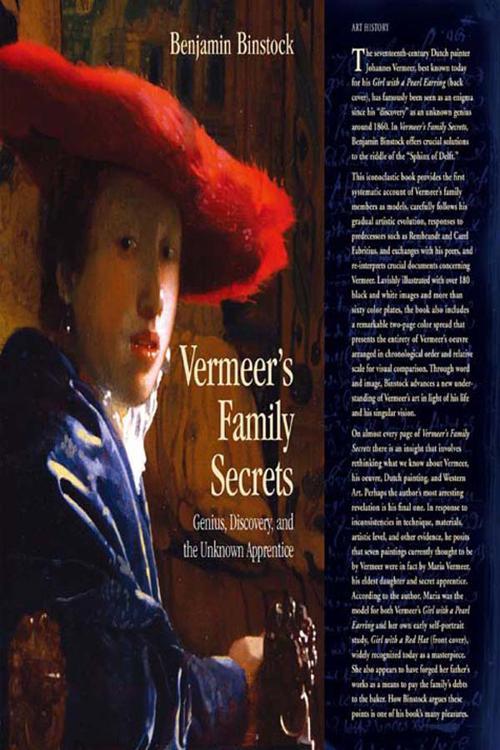 Johannes Vermeer, one of the greatest Dutch painters and for some the single greatest painter of all, produced a remarkably small corpus of work. In Vermeer's Family Secrets, Benjamin Binstock revolutionizes how we think about Vermeer's work and life. Vermeer, The Sphinx of Delft, is famously a mystery in art: despite the common claim that little is known of his biography, there is actually an abundance of fascinating information about Vermeer's life that Binstock brings to bear on Vermeer's art for the first time; he also offers new interpretations of several key documents pertaining to Vermeer that have been misunderstood. Lavishly illustrated with more than 180 black and white images and more than sixty color plates, the book also includes a remarkable color two-page spread that presents the entirety of Vermeer's oeuvre arranged in chronological order in 1/20 scale, demonstrating his gradual formal and conceptual development. No book on Vermeer has ever done this kind of visual comparison of his complete output. Like Poe's purloined letter, Vermeer's secrets are sometimes out in the open where everyone can see them. Benjamin Binstock shows us where to look. Piecing together evidence, the tools of art history, and his own intuitive skills, he gives us for the first time a history of Vermeer's work in light of Vermeer's life.

On almost every page of Vermeer's Family Secrets, there is a perception or an adjustment that rethinks what we know about Vermeer, his oeuvre, Dutch painting, and Western Art. Perhaps the most arresting revelation of Vermeer's Family Secrets is the final one: in response to inconsistencies in technique, materials, and artistic level, Binstock posits that several of the paintings accepted as canonical works by Vermeer, are in fact not by Vermeer at all but by his eldest daughter, Maria. How he argues this is one of the book's many pleasures.