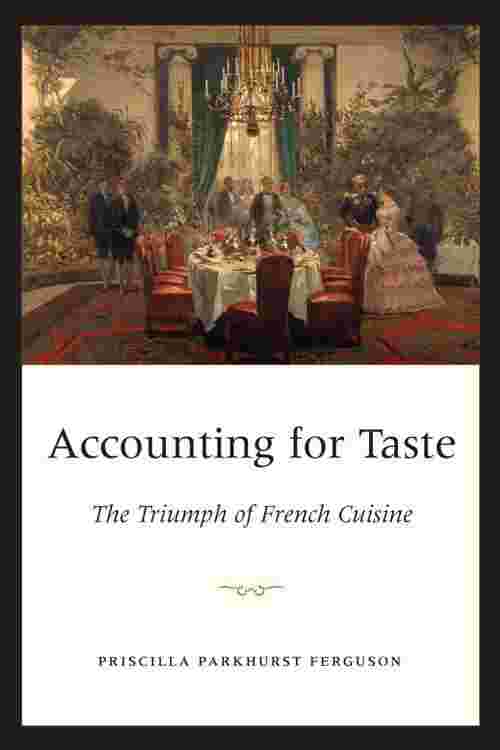 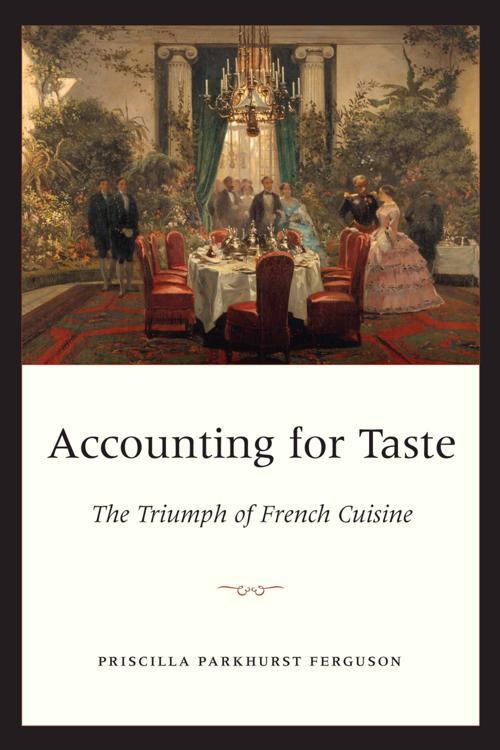 French cuisine is such a staple in our understanding of fine food that we forget the accidents of history that led to its creation. Accounting for Taste brings these "accidents" to the surface, illuminating the magic of French cuisine and the mystery behind its historical development. Priscilla Parkhurst Ferguson explains how the food of France became French cuisine.This momentous culinary journey begins with Ancien Régime cookbooks and ends with twenty-first-century cooking programs. It takes us from Carême, the "inventor" of modern French cuisine in the early nineteenth century, to top chefs today, such as Daniel Boulud and Jacques Pépin. Not a history of French cuisine, Accounting for Taste focuses on the people, places, and institutions that have made this cuisine what it is today: a privileged vehicle for national identity, a model of cultural ascendancy, and a pivotal site where practice and performance intersect. With sources as various as the novels of Balzac and Proust, interviews with contemporary chefs such as David Bouley and Charlie Trotter, and the film Babette's Feast, Ferguson maps the cultural field that structures culinary affairs in France and then exports its crucial ingredients. What's more, well beyond food, the intricate connections between cuisine and country, between local practice and national identity, illuminate the concept of culture itself.To Brillat-Savarin's famous dictum—"Animals fill themselves, people eat, intelligent people alone know how to eat"—Priscilla Ferguson adds, and Accounting for Taste shows, how the truly intelligent also know why they eat the way they do."Parkhurst Ferguson has her nose in the right place, and an infectious lust for her subject that makes this trawl through the history and cultural significance of French food—from French Revolution to Babette's Feast via Balzac's suppers and Proust's madeleines—a satisfying meal of varied courses."—Ian Kelly, Times (UK)