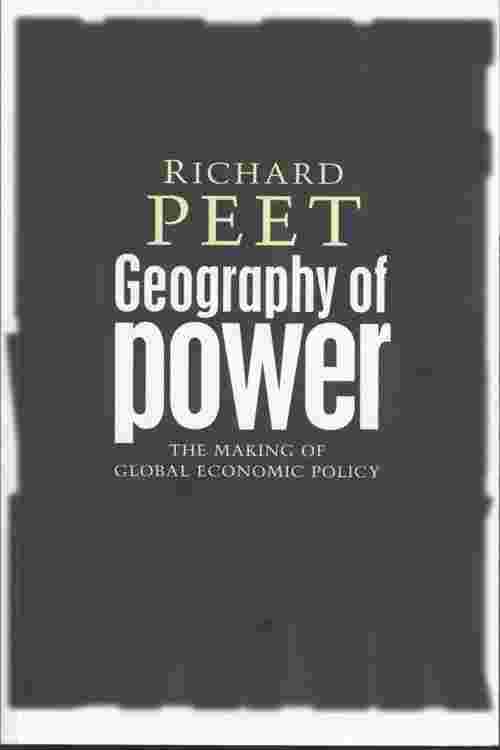 This work looks at how contemporary global economic policies are made: by which institutions, under what ideologies, and how they are enforced. The author reveals the central roles played by organizations such as the IMF and the World Bank in supervising the livelihoods of over 2.5 billion people. He shows that neoliberal economic policy is enforced by a few thousand unelected and unaccountable experts in the North and has failed to deliver tolerable living conditions for the poor.The book argues for a new geographic theory of power, exercised through dominant institutions, concentrated in hegemonic power centers. It seeks to transform the existing geography of policy-making power by exposing its structures, centers and mechanisms, critiquing its intellectual foundations, uncovering its un-democratic justifications, and passionately supporting its opponents. The conclusion makes a further positive contribution by exploring policy alternatives that point the way forward.