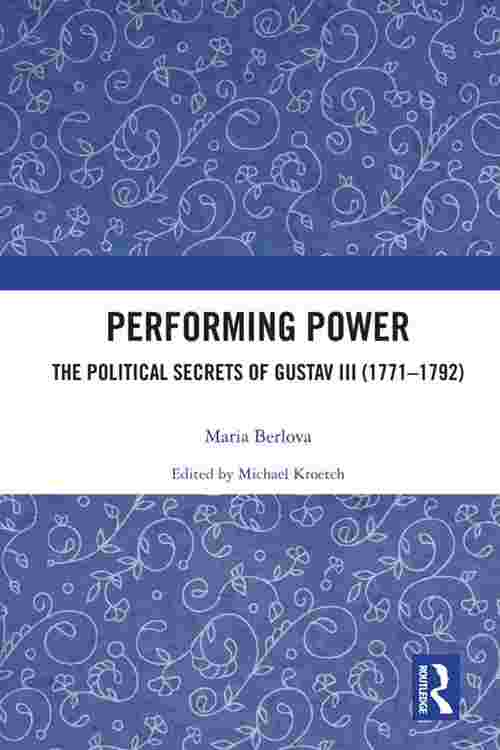 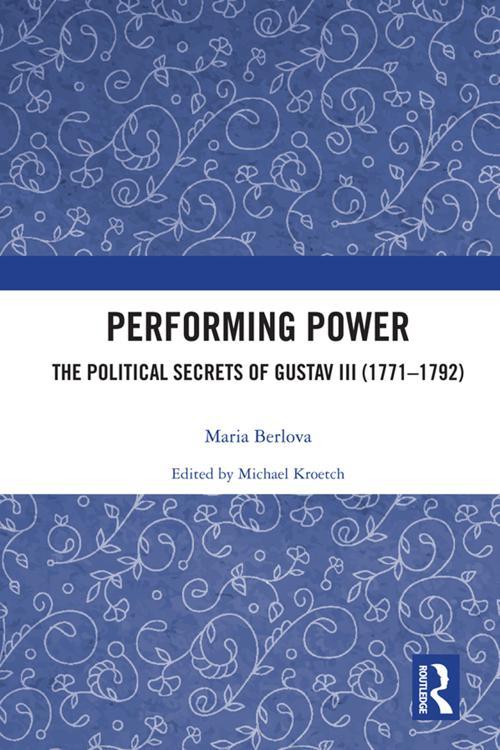 Performing Power explores 18th-century fabrication of the royal image by focusing on the example of King Gustav III (1746–1792) – one of Sweden's most acclaimed and controversial monarchs – who conspicuously chose theater as the primary media for his image-making and role construction.

The text postulates that Gustav III was motivated by theater's ability to aid him in fulfilling Enlightenment's tenet of broadly educating the populace and inculcating it with royal ideology. That he was an amateur actor, stage director, and playwright were other engines driving his choice. The project challenges and expands the commonly accepted perception of Gustav III's contribution to Swedish theater, which has generally been limited to founding its National Opera, developing its national drama, and forming its national dramatic repertoire. Maria Berlova presents Gustav III as a performing King who strategically used political events as a framework through which he could embody the image of the ideal or enlightened monarch as presented by Voltaire.

Through this, Performing Power explores the tight relationship and complex bond between theatrical arts and politics. This unique study will be of great interest to students and scholars in theater studies, 18th-century culture, and politics.