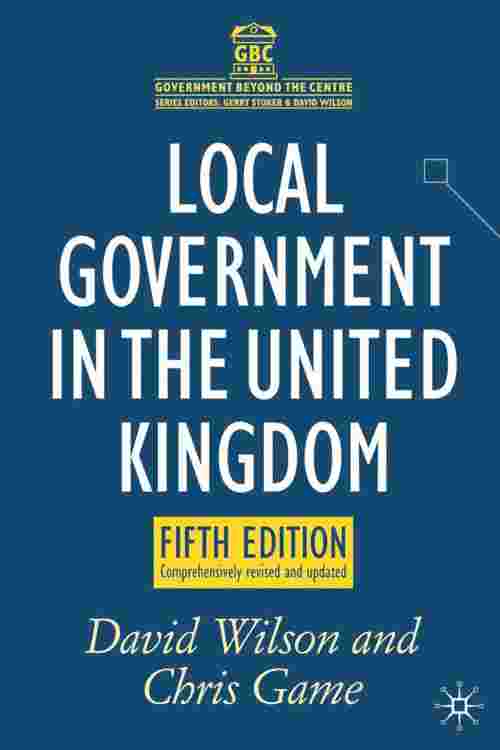 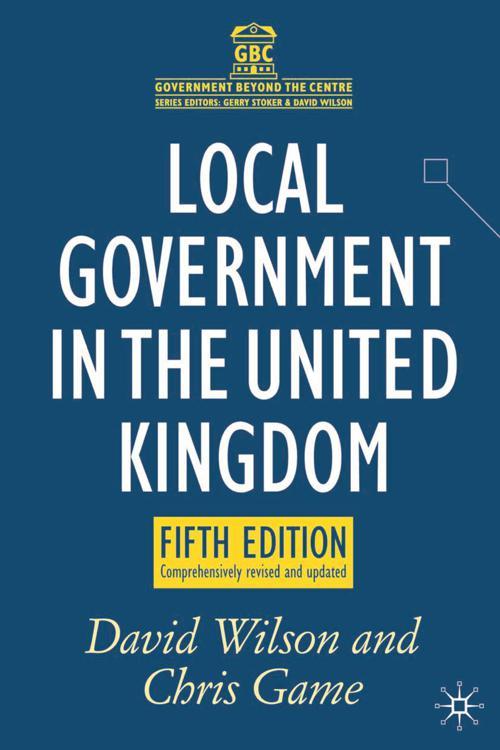 During its 13 years of office, Labour's modernization agenda transformed the world of UK local government. Amidst a starkly altered political and economic climate the coalition government formed in 2010 pledged to implement equally radical changes to the system. Taking account of the coalition's programme for government and its first round of spending cuts, the completely revised and updated fifth edition of this popular and established text is timed to take full advantage of this historic juncture. David Wilson and Chris Game provide readers with systematic coverage of the UK's local government. The book examines its defining features, its history, changing structure, operations, functions, financing, and its relations with central government. The fifth edition gives additional emphasis to local government in the devolved regions of the UK, and provides more extensive analysis of centre-local government relations. The authors deliver a thorough critique of Labour's third term in office. Looking ahead, the book anticipates the future of local government under the coalition government. Two themes look likely to dominate policy making: decentralization and cuts to public spending. With its clear, accessible, non-technical style and popular illustrations, Local Government in the United Kingdom will be essential reading for students, practitioners, and anyone with an interest in local politics.