[PDF] Metabolism, Pharmacokinetics and Toxicity of Functional Groups Impact of Chemical Building Blocks on ADMET by Dennis A Smith | Perlego 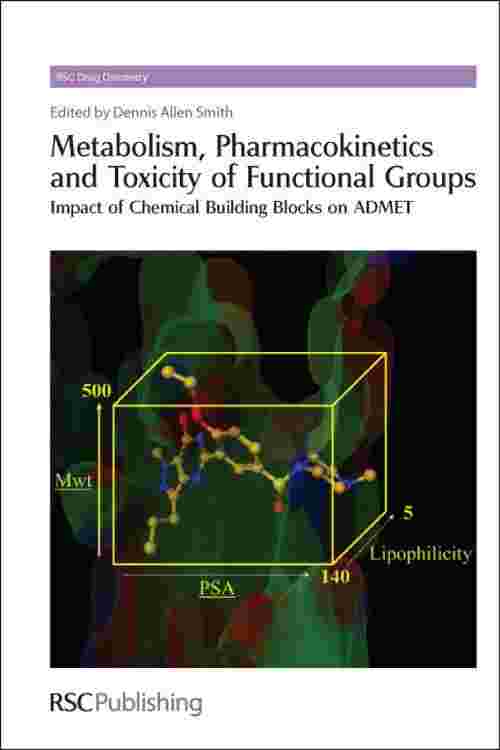 Until now, the area of drug metabolism and pharmacokinetics has been lacking in texts written for the Medicinal Chemist. This outstanding book, aimed at postgraduate medicinal chemists and those working in industry, fills this gap in the literature. Written by medicinal chemists and ADMET scientists with a combined experience of around 300 years, this aid to discovering drugs addresses the absorption, distribution, metabolism, excretion and toxicity (ADMET) issues associated with drugs. The book starts by describing drug targets and their structural motifs before moving on to explain ADMET for the medicinal chemist. It is the functional groups which most profoundly influence the drug molecules of which they form a part. They characterise the pharmacology, are essential to the activity, and alter the ADMET characteristics of each drug. Their effects follow a pattern, thus allowing medicinal chemists to predict and overcome potential challenges. For this reason, the Editors have taken the unique approach of dividing the remainder of the book into chapters which each focus on a different functional group. They describe drugs containing the functional group under consideration, explain why the group is there, and outline its physicochemical properties before going on to detail the ADMET issues. Where possible, prodrugs and bioisosteres, which may give alternative ADMET outcomes, are described. The chapters cross refer where similar matters are covered but individual chapters can be used in a stand alone manner. The book ends with a discussion of future targets and chemistry needs.